Mild weather patterns allowed harvest to progress and farmers to begin planting cover crops, according to Greg Matli, Indiana State Statistician for the USDA’s National Agricultural Statistics Service. Temperatures across the State remained above average for the week, which helped to dry out the fields somewhat. The statewide average temperature was 70.3 degrees, 4.1 degrees above normal.

Spotty rain showers came in over the weekend, slowing harvest down in areas that received increased precipitation. Statewide precipitation averaged 1.01 inches, above average by 0.26 inches. There were 5.1 days available for fieldwork for the week ending September 18, up 0.6 days from the previous week.

The warm temperatures and moderate rainfall has kept most pastures lush. Those that had previously flooded from excess moisture remained saturated, but growers expect it to be in good condition through fall. Cutting and baling of hay and alfalfa has begun to wind down. Winter wheat planting progress continued to be slow as farmers get the beans off the fields. 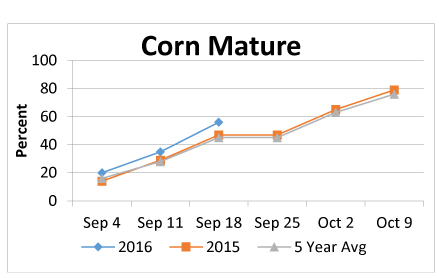 Some farmers have reported white mold and diplodia ear rot. Corn rated in good to excellent condition was 74% in the North, 78% in Central, and 63% in the South. 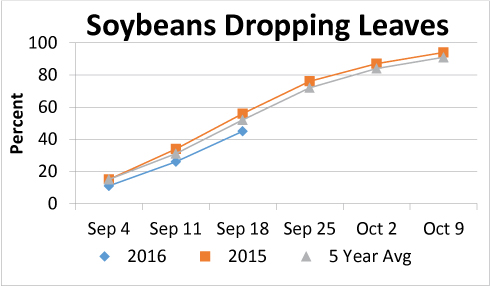 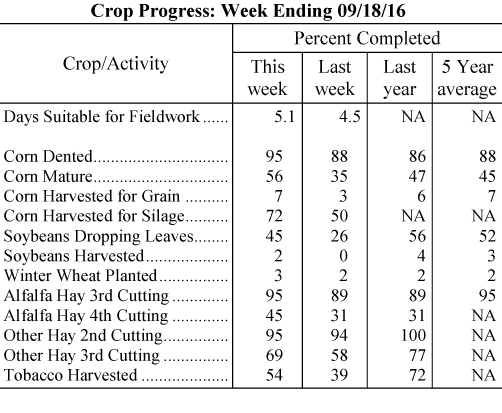