Some parts of the State finally received some rain over the weekend, but it was not enough to impact harvest or the improve drought conditions, according to Greg Matli, Indiana State Statistician for the USDA’s National Agricultural Statistics Service.

Temperatures remain above average and continue to dry down corn and soybeans. That, coupled with very little precipitation has expanded the drought areas to cover approximately 78% of the State, up 42% from a week earlier, according to the latest drought monitor. 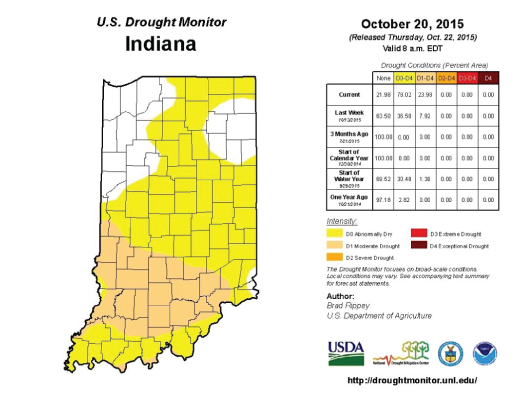 Only Lake, Porter, Newton, Jasper, LaPorte, Benton, Warren, and Allen counties remain out of the drought area. Recently seeded wheat fields, cover crops and pastures are affected most. Days suitable for fieldwork was 6.3, down 0.5 days from last week. 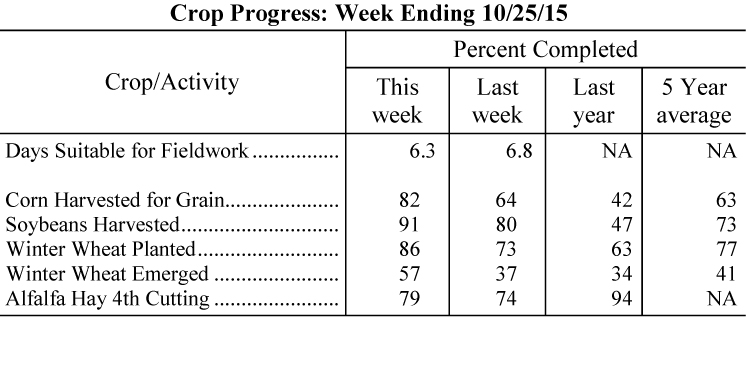 Harvest is beginning to wrap up as farmers get the double-cropped beans and commercial corn out of the fields. Dry conditions have put soybean moisture below the optimum level, increasing the potential for harvest loss. Winter wheat continues to emerge far ahead of last year and the five year average; however, the drying soils have begun to affect the health of the crop. Hay and alfalfa mixtures are starting to be fed to livestock to help maintain adequate pastures for next year. 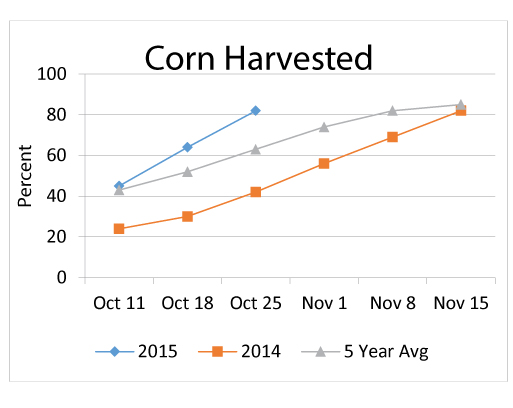 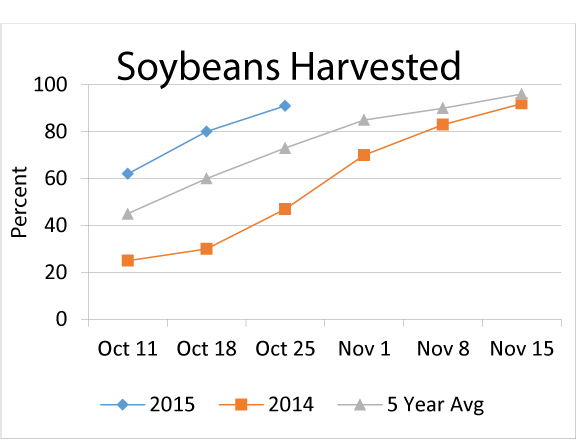