Indiana Senate Bill 516, or “The Hemp Bill”, came out of committee last week. Republican Senator Randy Head authored the bill and says the next step is to present it to the full Senate for consideration. 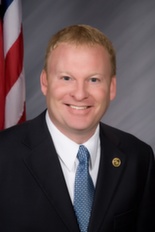 “We’re hopeful that’ll happen next week. I’m writing up an amendment to clear up some concerns that the governor and the State Police had about law enforcement and that sort of thing. I think we’re going to have a pretty tight product, so anyone in the program knows they’re growing industrial hemp and something that’s not intoxicating. We’re working the caucus. We’re working the body of the Senate to see where everyone is on the on the bill. I’ll present that bill, the amendment first, next week. Then after it’s amended, I should be able to present that to the full Senate and ask for their support.”

The bill came out of committee with a vote of 8-3. Head says he’s cautiously optimistic that the vote will get through the Senate after that amendment, but there are still a couple of hurdles to jump. One issue facing some legislators is the fear that someone would try to grow recreational marijuana alongside industrial hemp or even try to pass it off as hemp.

“Also, we have an advisory committee that would help give advice to what Indiana’s plan should be. The governor could accept or reject whatever advice they offered. The way I wrote the bill originally, we had people in the industry, seed dealers, hemp growers, etcetera, populating that committee. A lot of people were very concerned about that and didn’t want it to be seen as a bill that would serve a special interest, so they wanted regulators on the committee helping to vote on what advice we should give the governor. Those are the two biggest concerns.”

If the bill can get through the Senate, it will then go on to the House where they passed a similar hemp bill last year. Head says it probably won’t reach the governor’s desk until April, a bit later than what most farmers would like.