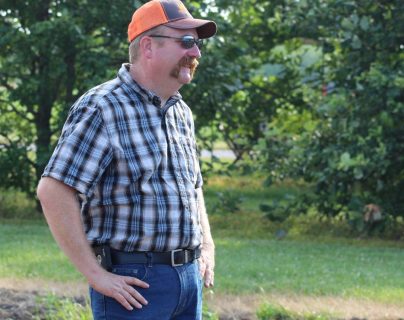 Mark Boyer from Converse, Indiana just west of Marion was one of those attending the Purdue hemp field day Friday. Boyer got a late start planting his corn, soybean and hemp crops. That industrial hemp crop covers 50 acres on a research plot.

“It is up and it is established, so I am pretty satisfied with my stand at this point,” he told HAT.

If you’re considering getting into hemp production, Boyer says some things corn and soybean growers do will transfer to hemp practices, but many things do not.

“Some similarities in corn, soybeans and hemp in the way it’s planted and planting dates,” he said. “I think hemp is very well suited for an early planting date. That didn’t work out this year, but we’re going to test I guess how it fares late planted. As far as the agronomics of the crop it gets dramatically different from there. Hemp does seem to be a bit of a nitrogen hog. It does seem to really respond to nitrogen, especially late in the season, and that is what prompted me to dive into the nitrogen study on hemp.” 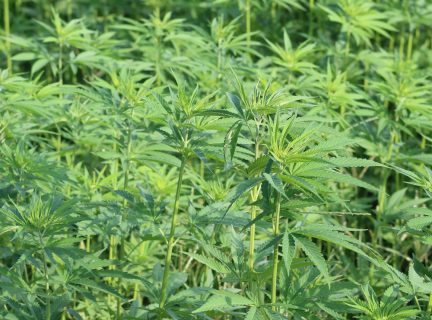 This year he is participating in a row-spacing study on his 50 acres.

“I’ve got hemp planted in 30-inch spacing, 15-inch spacing, and 7 1/2-inch spacing. Because there is no labeled herbicide for hemp at this point, I’m going to cultivate the 30-inch row spacing and also do a nitrogen study side dressing the 30-inch. That’s what we’re doing this year and the difference this year is I will have a crop I can take to retail at the end of this season.”

Boyer is satisfied with the corn and soybean crops even with the late start to planting, although a bit more confident in the soybean crop’s chances for yield. Hear the full Eric Pfeiffer interview here:MaRk Boyer Hemp update