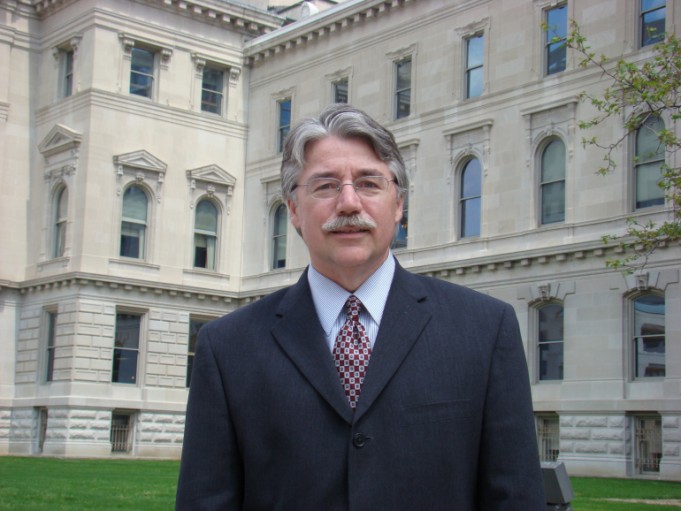 Indiana Attorney General Greg Zoeller announced today that his office soon will join the multistate lawsuit filed June 30 against the U.S. Environmental Protection Agency to challenge as unconstitutional the EPA’s redefinition of the state’s streams, creeks, ponds and wetlands as the “waters of the United States.”  The EPA rule redefining small bodies of water would be costly to farmers and could harm Indiana’s agricultural economy, Zoeller stated.

On June 29, the EPA finalized a proposed rule under the Clean Water Act that seeks to expand the scope of EPA’s authority and redefine small non-navigable bodies of water, including ponds, drainage ditches and intermittent streams that appear only with heavy rain, as “waters of the United States” subject to the EPA’s federal regulation.  Under the new rule, agricultural operations that discharge any water or wastewater could be forced to obtain expensive federal permits or face civil penalties of up to $37,500 per day for the potential water runoff.

On June 30, nine states filed a legal challenge in the U.S. District Court for the Southern District of Georgia, alleging the “Waters of the United States” or WOTUS Rule exceeds the Congress’s Commerce Clause authority and violates the Tenth Amendment of the United States Constitution. Zoeller said his office, representing the State of Indiana, will join the amended complaint that will be filed soon. “Agriculture is vitally important to Indiana’s economy and this EPA rule would be needlessly burdensome to farmers, homeowners and businesses and intrude upon the State’s longstanding authority to regulate small waterways within its own borders. While we are mindful of environmental concerns, this type of EPA overreach and intrusion into state sovereignty has become all too frequent, and the states have no choice but to seek redress in the federal court,” Zoeller said.  Last week, the United States Supreme Court in the Michigan v. EPA case ruled that the EPA had exceeded its authority by promulgating a new pollution-control regulation under the Clean Air Act without considering costs.

Governor Mike Pence said in a statement that, “Once again, the Environmental Protection Agency has stretched beyond its authority under federal law, and they must be held accountable.  They cannot be allowed to continue to expand federal authority over more aspects of Hoosiers’ lives.” Indiana Farm Bureau released a statement expressing support for the action by the Indiana Attorney General, “We’re gratified that Attorney General Zoeller and the State of Indiana agree with our position and will take legal action against water regulations that will severely limit farmers’ ability to farm their land.”

The original complaint challenging the WOTUS Rule was filed by a bipartisan group of state attorneys general of Georgia, West Virginia, Alabama, Florida, Kansas, Kentucky, South Carolina, Utah, and Wisconsin on behalf of their states.  Named as defendants are the EPA and its administrator, Regina A. McCarthy, and the U.S. Army Corps of Engineers and the assistant secretary of the Army, Jo-Ellen Darcy.

Zoeller is one of eight state attorneys general primarily from Midwestern states who serve on a new Agricultural Committee of the National Association of Attorneys General (NAAG) that will address issues of state government authority regarding agriculture. Zoeller said he has heard from Hoosier members of the agricultural community and state agency clients all of whom have urged Indiana to join the multistate challenge as co-plaintiffs.