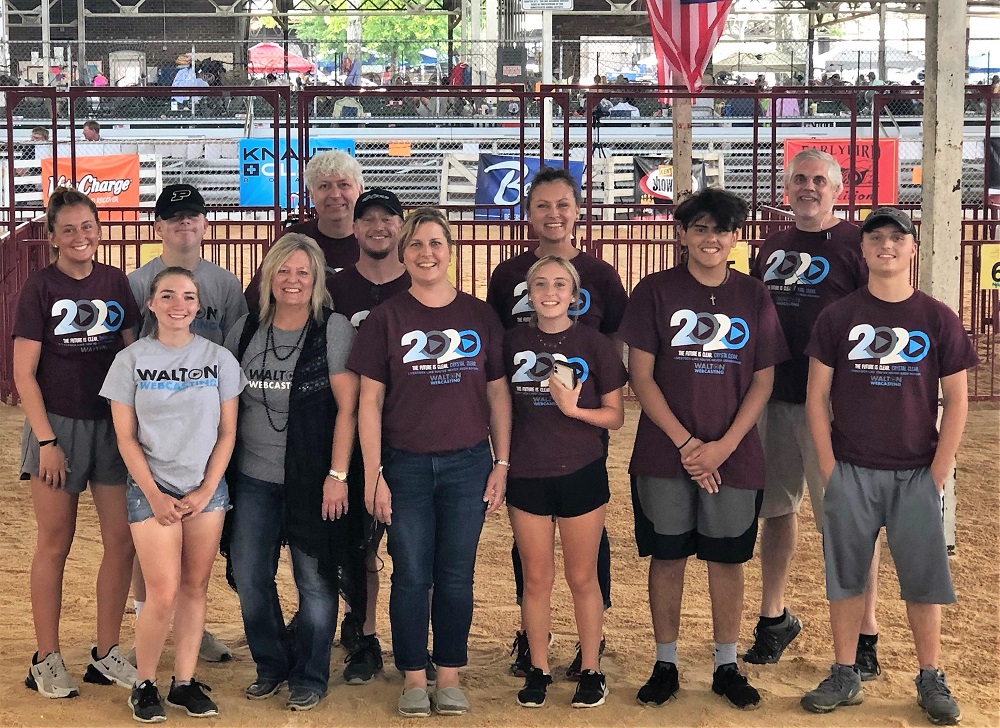 A small company from one of Indiana’s smallest towns is taking the livestock show world by storm, even more so with the lockdowns associated with coronavirus. Walton Webcasting transitioned from a company that did local sports to traveling to livestock shows across the U.S. for live streaming to a company that has now added virtual or cyber livestock shows.

Grant Davis is one of the owners of the company, and says their online shows are different, and as close to real live shows as it gets.

“You still see the pigs or the cattle, the livestock, you see all of it on the screen,” Davis explained. “Some of the shows you send all of your videos in and they spit out the results. You’re going to see our show just like you would be seeing a show live and in person. You’ll see all the pigs in the class, you’ll hear the judge talk all those pigs. They’ll pick those pigs that move on and eventually we whittle that group down where we’re crowning a champion in a bracket style just like you would if you were in a baseball or basketball tournament.”

Davis says the shows online gained popularity, as many as 10,000 live viewers, largely because the showmen could actually see themselves and hear the judge’s comments, something that doesn’t always happen in a live show.

“Normally you’re in the ring and you’re focused and dad is coaching you from the sideline to keep the pig’s head up and you’re kind of caught up in the moment, and here, the kids can sit back and see how they look when they show and hear what the judge really said about their pig. It’s just a little different spin and it turned out to be pretty popular.”

He added as more shows are canceled around the country, calls continue to come in from those interested in an online show. But in-person shows are increasing now so the company is back to hitting America’s highways.

To watch visit WaltonWebcasting.com. “All our live shows are always free,” Davis explains, “so you can always watch a live show. If you want to go back and watch yourself again, we do have an archive section. You pay a subscription to be part of the archive. We’re also getting ourselves back on Facebook Live. We weren’t on there for a little while.”

Hear more of the story of the former radio sports broadcaster who moved to livestock live streaming: