She says she’s a “momma on a mission”. A video of a grieving mother from Indiana appealing to the farm community about grain bin safety has been shared over 8,000 times on Facebook in recent days. Anita Howard’s son, Colten, was killed in a Montgomery County grain bin accident on November 22 of last year.

“Now it is my mission to save one life. If I can save one life, save one family of a child from having to go through the grief that my family is going through, then my mission will be accomplished. I’ll never know if I’ve saved that life, so my job will never end. No family should have to say goodbye to their loved one to another grain bin fatality.” 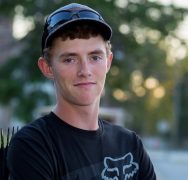 She says, like many other farmers, Colten never believed something like being engulfed in a grain bin could happen to him. Standing in front of a grain bin on the same farm where her son died, Howard said it was the perfect time to share her story since this is Grain Bin Safety Week.

“I’m asking you today to share our story in hopes that a farmer will see or hear about it and when he recognizes a problem inside a bin, he will make a safe, conscious decision before entering. I want that farmer to go home to his family after a long day’s work.”

Data on grain bin deaths for 2019 should be released soon according to Purdue professor and Extension safety specialist Dr. Bill Field. Speaking with him by phone on Tuesday, he told HAT that the number of deaths nationwide is up from 2018.

Howard, her family, and the community continue to grieve the loss of Colten. Howard says you can’t take life for granted.

“Colten lived a full life in his short 18 years, but I know he had a lot more to go. Your life is made up of two dates and a dash. Make the most of your dash.”