Legislation introduced in both the Indiana House and Senate that would increase fees for pesticide registration and increase penalties for those who don’t follow the label remains in limbo. Katrina Hall, Director of Public Policy for Indiana Farm Bureau, says someone did the research, and this has been a concern presented in Pesticide Review Board meeting minutes since 2001. 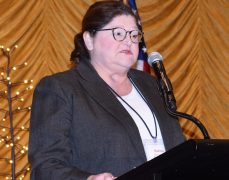 “That’s almost 20 years where people have wondered if the level of penalties that were in place at that time, and apparently have been in place all this time, that they felt like people were just looking at those as a cost of doing business.”

Hall says the ultimate goal is to improve behavior of those bad actors, “but then also to try to maintain the use of dicamba. Other states have banned the use of dicamba, so we don’t want to get in that situation here.”

Uncertainty about the bill stems from some critical differences between the House and Senate versions of the bill, with the House version more closely aligning with INFB’s objectives.

“At the end of the day the real problem is there are some people who don’t want to be regulated and they want to maintain the status where this is the cost of doing business in my view,” said Hall. “So that honestly is, interestingly enough, not the farming community.”

In fact, the biggest objections to the bill are coming from folks who do lawncare, and Hall says Indiana Farm Bureau members understand the need.

“Look, I’ve worked here a long time. I know our members don’t want to pay more fees, but to be totally honest, if they’re confident that they’re doing the right thing then they probably don’t think they’re going to be subjected to (the penalties).”

Hall also provided Hoosier Ag Today an update on the health benefits legislation backed by Indiana Farm Bureau this session. After passing the Senate in a landslide earlier this month, the bill will be voted on in the House Insurance Committee Wednesday morning where Hall believes they have support.