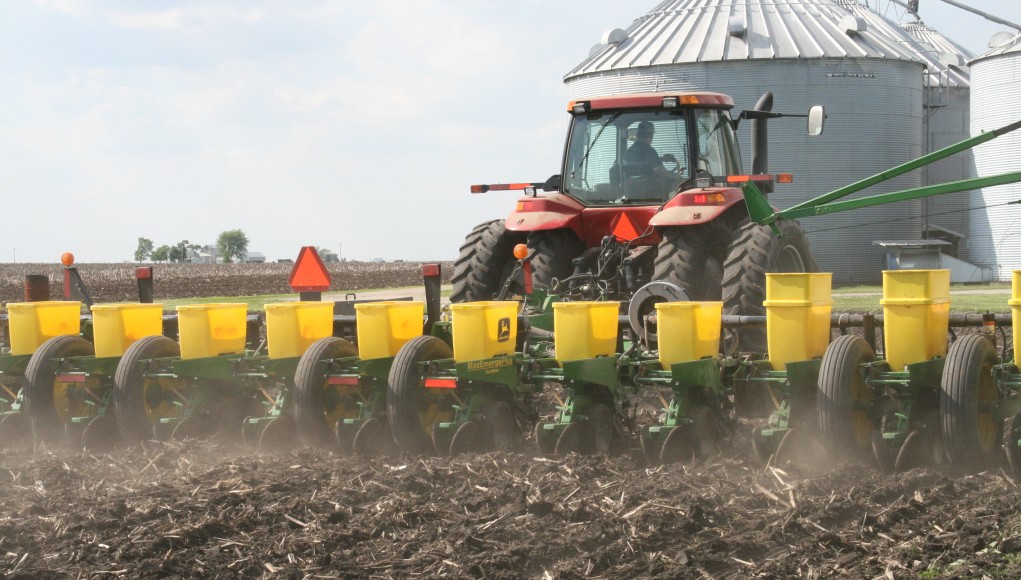 Planters were rolling across many parts of Indiana on Wednesday, especially in Northwest part of the state where rain totals have not been as high. David Cosgray, field agronomist with DuPont Pioneer, told HAT that fields in Jasper, Fulton, and Newton Counties had dried enough to allow for planting activity this week, “Further south around Monticello and Lafayette, the fields were still wet but I expect planting activity to get underway by Friday.”

However, growers are having challenges with early weed pressure and nitrogen application. Cosgray said many growers are having to switch their early fertilizer plans, “I think there are going to be a lot of guys who switch from ammonia to 28, just so they can start planting right away and not wait the 5 to 10 days we like to see between ammonia application and planting.”  He added that some growers in the northern part of the state were able to apply anhydrous last week and, thus, will be planting this week.

Another problem this spring is weed pressure. Many fields are seeing strong early weed growth, which will hamper planting and may attract insects. “These green fields will be a magnet for black cutworms that are beginning to move into the area,” said Cosgray. He urged growers to burn down these fields as soon as possible to prevent cutworm problems later.

Soil temperatures are another concern. Cosgrave said temperatures in his area have been hovering about 40 degrees which is slowing corn emergence, “We have some corn that was planted about the 13th of April that is not emerged yet.” He added temperatures have been increasing this week and germination rates should improve.

More agronomy recommendations can be found on the Indiana Agronomy page.