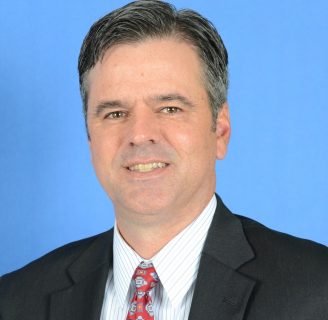 The Indiana State Court of Appeals this week ruled in favor of a Hendricks County farm which operates a CAFO, a concentrated animal feeding operation. The case against 4/9 Livestock, LLC and Co-Alliance, LLP alleged nuisance and negligence and even questioned whether the Indiana right to farm statute is constitutional.

“It was, I hate to say easy, but a pretty clear application of Indiana’s right to farm law,” said John Shoup, director of Indiana Agricultural Law Foundation, created by Indiana Farm Bureau in 2005. The foundation filed amicus briefs in both the trial and appeals courts.

The farm operation has been zoned for agriculture and the pork producers started the modern pork operation in 2013, and Shoup says, “the farmers did everything correctly in terms of application for zoning, IDEM permitting. They followed all the rules and regulations and got to the point where it was time to build the building several years ago. I think that’s significant because one of the allegations by the plaintiffs in this case is that the facility was negligently sited, which is a real problem. You know it’s not really a recognized cause of action and the Court of Appeals kind of dismissed that argument.”

By statute, a farmer who can be proven to be operating negligently, can lose protection under the right to farm law, but the only allegation was of negligent siting, not negligent operation.

Shoup says most states have right to farm laws and language from state to state varies. Indiana’s law appears to be very solid.

“I think it’s fair to say that some of my colleagues in other states that do have right to farm laws that I think it’s accepted that Indiana’s is strong and provides good protection for Indiana farmers.”

In their amicus briefs INAgLaw advised both courts of the value of Indiana’s right to farm statute to Indiana agriculture and detailed prior right to farm cases with similar fact patterns.

“Indiana Farm Bureau has worked diligently to ensure that Indiana has a strong right to farm statue that protects farmers from unwarranted nuisance suits,” said Randy Kron, Indiana Farm Bureau president. “Farm Bureau created INAgLaw in 2005, and we’re proud that the Foundation played such an effective role in making sure the voice of agriculture was heard.”

The right to farm statute is a farmer’s defense to nuisance suits, provided the farm has been in continuous operation for more than one year at the time the suit is brought.  Significantly, under the law, the farm is allowed to change the type of operation from a dairy to a hog farm, or soybean field to turkey farm, for example, without losing protection.

Shoup explained that considering the 2005 amendment to the Act, which clearly stated that converting from one agriculture use to another, such as from crops to livestock, was not a statutorily significant change; the Court held the Act applies. Shoup added that the court summarily dismissed the Plaintiff’s constitutional challenges.

According to Shoup, appellants have 30 days from the date of the court of appeals opinion to petition to transfer the case to the Indiana Supreme Court. Read the court opinions here.

Hear more from Shoup on INAgLaw, the specific 4/9 Livestock case, and the right to farm law:John-Shoup-director-INAgLaw