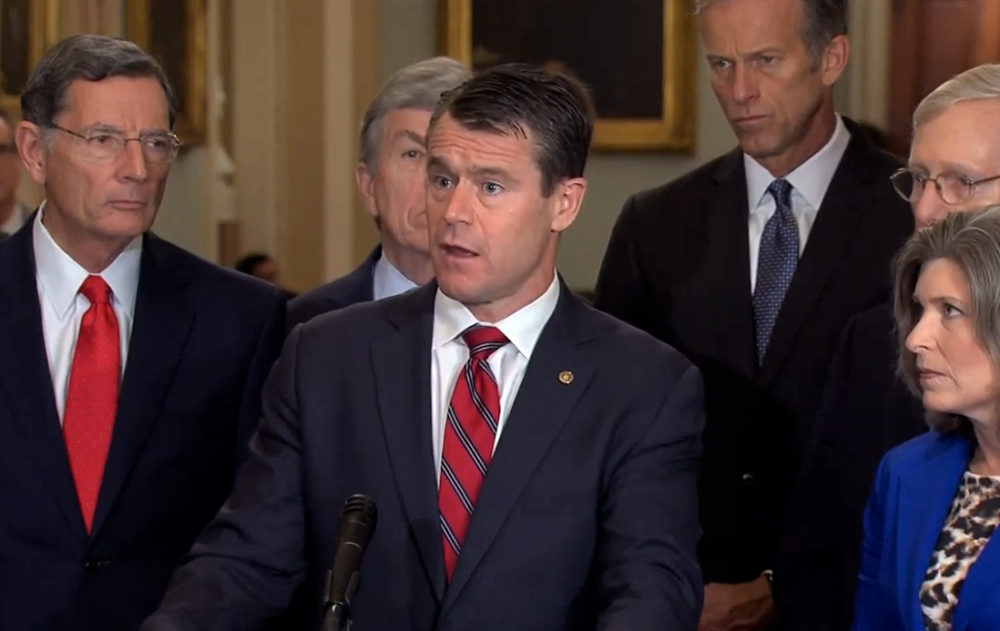 With his party’s leadership standing at his side on Capitol Hill, Indiana Senator Todd Young this week called on the U.S. House to finally pass the U.S. Mexico Canada Trade Agreement, citing the important economic benefits for Hoosier farmers and manufacturers.

Senator Young lauded the current economic growth in the U.S., but he said passing USMCA is important, unfinished business.

Young talked numbers and made an appeal to the Speaker of the House.

“Indiana ranks #8 in terms of ag exports, soybeans, corn and other commodities into Mexico and Canada, so we’ve got to get this done for our farmers,” Young said. “Ninety-five percent of our farms in the state of Indiana are family farms or small operations. This is about saving our rural communities. President Trump has struck a good deal, a very good deal. Nancy Pelosi needs to move forward with it to sustain our economic health.”

USMCA was signed one year ago but it needs ratification by Congress, hence the continual calls for the Speaker to bring it to a vote.