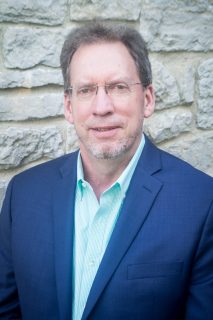 The Indiana Sheep Association (ISA) recently held its annual meeting and hosted the Hoosier Sheep Symposium at the Montgomery County 4-H Grounds in Crawfordsville, IN.  The organization elected Larry Hopkins as its new president.

“Like other sectors of Indiana agribusiness, the state’s sheep industry is undergoing significant changes with the emergence of non-traditional markets and a desire to produce locally grown food directly for Indiana consumers.  I look forward to leading Indiana’s sheep producers in this effort,” Hopkins said.

Hopkins is the owner and operator of Little Eagle Creek Valley Farm in Westfield.  He also serves on the board of directors of the Indiana Sheep & Wool Market Development Council (Indiana Sheep & Wool) which oversees the state sheep checkoff marketing fund and serves on the genetics committee of the American Sheep Industry (ASI). He previously served as a director of the North American Shetland Sheep Breeders Association and on the Indiana Grain Buyers and Warehouse Licensing Board while serving as the chief executive officer of the Attorney General’s office.  A lifelong member of Indiana Farm Bureau, Hopkins is also a partner in Hopkins Dairy Farm, LLC.

Other new board members include Danielle Walker of Salem as vice president and Bernie Cripe of Frankfort, and David Greenburg of Greencastle, who were re-elected secretary and treasurer respectively. ISA also elected three directors with terms expiring in 2021. They are: John Dyer of Chrisney, Danny Rogers of Monrovia, and Dave Smith of Earl Park.

Dr. Stan Poe of Franklin was elected to represent Indiana on the ASI Board of Directors at its Annual Meeting in New Orleans, January 23-26, 2019.

In addition to the election, the annual symposium honored three shepherds with awards. These are presented each year to individuals who have made a positive impact on the Indiana sheep industry, assisting youth and providing services to their local communities.

* Master Shepherd Award – Ken McMichael of Underwood. McMichael has been involved in the sheep industry for several years and is a strong supporter of Indiana Sheep & Wool where he serves as the lead chair. He recently attended the Howard Wyman Sheep Leadership in South Dakota to broaden his knowledge of the sheep industry.

* Shepherd of the Year Award – Steve Kennedy of Shirley. Kennedy is active not only as a producer, but shears sheep in addition his job as a first responder. Steve uses his leadership skills as director of the State Fair Shearing Contest and is a member of Indiana Sheep & Wool.

* The Friend of ISA – Jeff Hunter of Brookston. Hunter is owner of Hunter Nutrition who supplies feed and other products for the sheep industry. Jeff has been and continues to be a strong supporter of ISA and the industry.