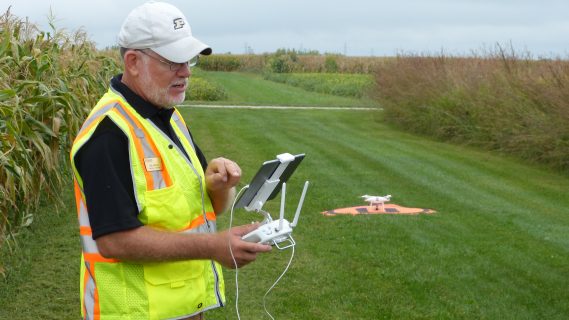 With colder temperatures this week, what has happened to the level of fitness from the temperature standpoint? Purdue Extension corn specialist Dr. Bob Nielsen says the drop in air temperature makes a big difference.

“This early in the season, we know that soil temperatures can vary up and down,” he explained. “We have a forecast of below normal temperatures continuing and we know how easily they can drop back down, so you get this cooling and warming effect which is certainly not desirable for rapid germination or rapid emergence of the crop. So, in addition to being a little cautious because of soil moisture, at this point in April if you can afford to hold off and be a little more patient, I think it’s good advice.”

Nielsen says we’ve used the magical threshold of soil temperature at 50 degrees as a rule of thumb for planting.

Averaging 60-degree soil temperatures or 10 growing degree days per day doesn’t normally occur in central Indiana until the third week in April. Those levels are usually attained about a week earlier in southern Indiana and a week later in the northern third of the state.

“And we are not yet at that point,” Nielsen said.

But southern Indiana could be getting close. Some warmer days right now would be very helpful, but the Ryan Martin outlook doesn’t hold out much hope of that.