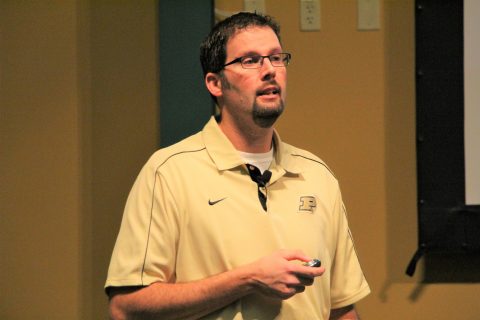 “We had over half our crop planted by about May 15, which normally it’s the 21st or 22nd, so about a week ahead of the pace there. We had some folks get in in April and some that got in that first week in May, even with that cold freeze, and that has maintained,” says Casteel.

“So, as we’ve gone through the season, we’ve had 75 percent of the crops emerge by June 7 and, as of last week, 90 percent emerged. So, development has been ahead of pace.”

While the hot, dry forecast might bring some immediate concern for some corn fields, Casteel isn’t as worried about soybeans yet.

“My rough guess is that we’re probably another 10 to 14 days out to have the crop pod in a quarter of the state. So, if you want to go out to 50 percent of state, probably by the end of July we’ll have about 50 percent of the state podding. At that point, this is where I really start to have some issues or at least make sure that we’re in a state where we’ve got good water supply, even with extreme temperatures, but if we have good water supply and good rooting, we’re doing pretty well.”

Now, that doesn’t mean there aren’t some soybean fields, or at least parts of fields, that are seeing stress.

“Where I’m starting to see some soybeans stressing out has been more on the field edges. So, think about headlands where there’s a lot of travel, a lot of compaction, limited root development,” Casteel told HAT. “In those, it’s not just access to water but its access to the nutrients that’s moved by that water. So, I’ve been noticing potassium deficiency showing up on fields.”

The Purdue Crop Chat podcast is available now on iTunes.