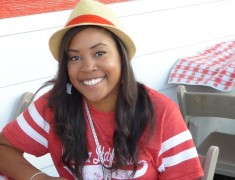 The Indiana State Fair featured farmer idea returns for a second year following the Year of the Farmer in 2015. The list of farmers and commodities to be featured has been released, and Lesley Gordon says the repeat this year is because of great feedback last year.

“We got some wonderful feedback from fairgoers as well as the farmers themselves getting to interact with people and getting positive reinforcement for what they do and how they do it,” the State Fair spokesperson told HAT. “And a lot of people didn’t even know of some of the commodities that are in Indiana, so it was a really great educational opportunity.”

As parat of the program sponsored by Dow AgroSciences,  the fair has selected 17 featured farms that are all recipients of the Hoosier Homestead award from the Indiana State Department of Agriculture.

“That means these farms have be in the family for 100, 150, or some even 200 years. So it really ties in that rich Hoosier heritage. I remember when they mentioned that as criteria and I thought oh no, are we going to be able to get 17. We did and there is a lot of history in our state among farming, so we’re excited to teach our state a little bit more about that history.”

“Fair-goers made it clear last year that talking with farmers was a great part of their fair experience, and we are honored to once again provide this conversation opportunity,” said Susanne Wasson, U.S. Crop Protection Leader, Dow AgroSciences. “This group of 17 farmers represents wonderful history of Indiana agriculture, while also showing the future is bright for farm families.”

The Eliason Homestead will be featured on opening day of the 2016 Indiana State Fair August 5th. It is the only farm of the 17 selected, to have received the Hoosier Homestead bicentennial award. The farm began in 1814, making it two years older than the state of Indiana.

“History and heritage will be a huge focus at this year’s fair, and we are honored to work with Dow AgroSciences to welcome back our Featured Farmers to join in the celebrations,” said Cindy Hoye, Executive Director, Indiana State Fairgrounds & Event Center.

Profiles of the featured farmers and a map showing their location in Indiana is at indianastatefair.com. You can also visit with the Featured Farmers every day at 2:30 p.m. at the Glass Barn.

Here are the farms, county and their featured day at the 2016 Indiana State Fair.