The Indiana State Poultry Association (ISPA) has announced its first new president in 28 years. Rebecca Eifert Joniskan will succeed current president Paul Brennan when he retires at the end of October. 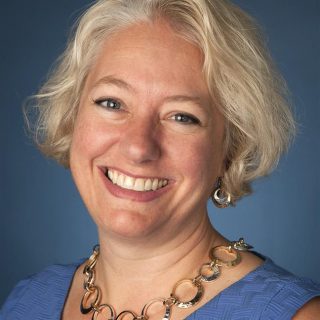 Joniskan previously served in numerous leadership roles at the Indiana Department of Environmental Management (IDEM), most recently as Chief of the Permits Branch in the Office of Land Quality. She has been working alongside ISPA and outgoing President Paul Brennan on issues related to Indiana’s poultry industry for several years. Joniskan was selected following a nationwide search by Kincannon & Reed, an international executive search firm specializing in food, agribusiness, and life sciences sectors. Jim Gerardot, Managing Partner with Kincannon & Reed indicated, “It was a pleasure for our team to lead this search in cooperation with the ISPA selection committee. Among a strong field of finalist candidates, Becky stood out with the leadership traits the organization was seeking for Paul’s successor.”

Joniskan said, “Since first being introduced to the ISPA while helping Indiana’s poultry industry prepare for a possible avian influenza incident, I have been impressed by the cooperative nature of its membership and the professional, thoughtful approach to decision making exhibited by its leadership. I am honored to have the opportunity to advance ISPA’s 145-year legacy of advocating for large- and small-scale poultry and egg operations throughout Indiana as they provide nutritional egg and poultry products to consumers nationwide. My knowledge of the association and its membership will allow me to honor the traditions and character of the association while also working with the Board of Directors to lead it in new directions.”

Outgoing ISPA President, Paul Brennan, said, “Becky is passionate about the people of the poultry industry. Her choice as the next ISPA President, coupled with the continued leadership of the Board, ensures that the ISPA will be strong for decades to come. It has been my pleasure to serve as President of the ISPA for nearly 30 years. I have immense respect and appreciation for the work of poultry producers and allied industry members that regularly and efficiently produce our high-quality protein products for the world to consume daily. Our work is about relationships – the collaboration I have enjoyed with the poultry stakeholders, government agencies, and my agriculture colleagues gives me the most pride.”