The latest economic development announcement involves expansion of the turkey industry in Indiana. Ted McKinney, with the ISDA, says a new facility will be built in Vigo County. “Select Genetics, a supplier of commercial genetics for the turkey industry, announced plans today to locate a new hatchery in Vigo County,” he stated. “The new operations will add to Indiana’s strong agribusiness sector, which raised more than 19.3 million turkeys in 2015, ranking No. 4 in the U.S.”

“In today’s rapidly changing global marketplace, agriculture will continue to be a foundational sector of Indiana’s diverse economy,” Governor Eric J. Holcomb said. “It’s exciting to see companies like Select Genetics that are using technology to grow their agriculture operations right here in Indiana. Today’s news is a win-win for both the Select Genetics team and for our state, and I look forward to witnessing their continued success. The facility, which will be operational by the beginning of next year, will service the turkey farms in SW Indiana.

McKinney says it will also help the  industry grow statewide, “Indiana has been good on the production side, but light on the turkey hatchery side. This will round out all parts of the industry and gives Indiana good vertical alignment.”  In addition to the production farms in SW Indiana, Indiana has a turkey processing plant in New Castle. McKinney says one of the factors that helped bring the facility to the Hoosier State was the way Indiana handled two outbreaks of avian flu, “The way our state dealt with the disease outbreak was a factor in landing this operation.” 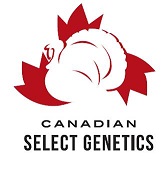 “Select Genetics is proud to bring a state-of-the-art turkey hatchery to Vigo County. We value the relationship with and among the community, the Indiana State Department of Agriculture, and the Indiana Economic Development Corporation and their ability to appreciate the value of this project for both job creation and the larger poultry industry in Indiana,” said J. Douglas, chief executive officer of Select Genetics. “Our company is committed to investing in research and development and to promoting the highest standards of animal welfare. These commitments plus a great business environment in Indiana will allow Select Genetics to remain the premier supplier of turkey poults worldwide.”

McKinney says the diversity of the kind of expansion we are seeing in Indiana agriculture is encouraging for the long term sustainability of farming operations, “We have farmers telling us at ISDA that they want an opportunity to bring a son or daughter back into the family farming operation. A diversification play, like a turkey barn, is so important to sustain that rural way of live.” He said it is also an example of how the livestock industry can be an economic driver for a rural community.

The Indiana Economic Development Corporation (IEDC) offered Select Genetics up to $400,000 in conditional tax credits and up to $150,000 in training grants based on the company’s job creation plans. These incentives are performance-based, meaning until Hoosiers are hired the company is not eligible to claim incentives. Vigo County will consider additional incentives at the request of the Terre Haute Economic Development Corporation.

“We are thrilled that Select Genetics has selected the Vigo County Industrial Park as the site for its proposed new facility,” said Judith Anderson, president of the Vigo County Commissioners. “We are looking forward to assisting company officials in the coming months during the design and construction phases of this exciting project.”