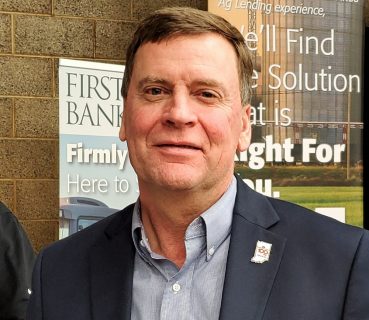 INFB-Health-Insurance-Plan-Could-Bring-Younger-Generation-Back-to-the-FarmFor the first time in a long time, the top priority of Indiana Farm Bureau has changed. According to Kendell Culp, vice president of Indiana Farm Bureau, access to affordable healthcare has replaced property taxes as their primary focus.

Culp said it’s time to have another option for some of their members to have something affordable and accessible.

Right now, there is a roadblock with some of the wording in state statue that doesn’t allow INFB to market some of the health benefit plans to their members. S.B. 184 has been introduced and sponsored by Sen. Ed Charbonneau of Valparaiso to amend the Indiana Code for insurance to help INFB’s efforts.

“If everybody gets allowed in like the national health carriers, then we can’t save any money on premiums,” he said. “There will be some underwriting guidelines that have to be met. If you can beet those guidelines, then you will be allowed. This is not a group policy—these are sole-proprietor, individual plans.”

Culp mentioned that other states that are doing this type of individual plan have an 80 percent acceptance rate. If this goes through and works for Indiana, as long as you remain an INFB member and pay your yearly premium, you are guaranteed to not be canceled. He envisions this as a way to draw younger family members back to the farm.

“If we can get the younger generation to where they’re covered under health insurance, it gives them another reason to come back to the farm to be engaged in their family farm or the agricultural industry, and we think that’s positive,” said Culp.

Because it’s a specific need that INFB members have been requesting for years, Culp thinks this member benefit health plan would be one of the most popular plan they’ve ever added.

“We’ve just now been able to come up with this and provide this, and as long as the General Assembly concurs and will allow that through state statute, we think by the end of the year we can start issuing policies,” said Culp.

As of now, Culp said there right now this is an individual state benefit package, and nothing is available on the national level.