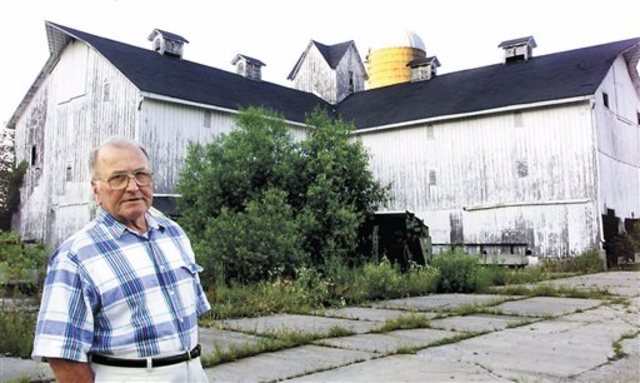 If you needed a piece of agricultural legislation passed in the General Assembly, the first place you started was a talk with Wayne Townsend, a hog farmer from Blackford County and the 1984 Democratic nominee for Indiana governor. Townsend was first elected to the General Assembly in 1958, serving at various times in the House and Senate before winning the Democratic nomination for governor in 1984. He surprised many with his selection of Indianapolis lawyer Ann DeLaney as the first female candidate for lieutenant governor in the state’s history. Townsend lost to Republican Gov. Robert Orr, but he came within 5 percentage points, even as Republican President Ronald Reagan carried Indiana by 24 percentage points. DeLaney said Friday that Townsend’s decision to pick her as his running mate was an important milestone for the state. “He was a giant and will be sorely missed,” Delaney said. “He was a wonderful man well ahead of his time. Wayne was very interested in the future of Indiana. The issues that he emphasized in 1984, corruption in government – namely the way license branches were operated – education reform and the need to make higher education affordable all resonated with the voters. They were pursued by Republicans after we lost.” She said he was a great family man who built a prosperous farm, with his children’s help, and was married to Helen for 60 years.

Townsend is credited with casting the tiebreaking vote in the state Senate in 1977 for Indiana to ratify the Equal Rights Amendment, which ultimately failed to win approval from enough states to be added to the U.S. Constitution. Townsend told the Indianapolis Star in a January interview that he decided after a call from first lady Rosalynn Carter that he couldn’t vote any other way. “You believe in the cause or you don’t, and I did,” Townsend said. “The problem was people saw ghosts that were not there.” Democratic U.S. Sen. Joe Donnelly called Townsend “an outstanding Hoosier public servant.” “I was inspired by Wayne’s dedication to his community, state, and country and consider it an honor to have spent time getting to know him and learn from him,” Donnelly said in a statement.

Townsend was a tireless advocate for agriculture and a man who worked behind the scenes to get things done and make things happen for Indiana farmers. He served more than 20 years in the General Assembly until not seeking re-election in 1986. He then spent 15 years on the Board of Trustees at Purdue University, from which he was a 1951 College of Agriculture graduate. Purdue President Mitch Daniels said, “Indiana just lost a great citizen and one of our greatest Boilermakers. On behalf of the entire Purdue family, I offer condolences to the Townsend family and sincere thanks for a lifetime of unsurpassed service.”