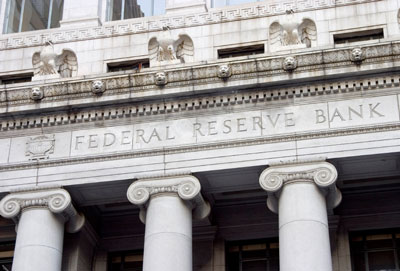 On Tuesday, the Federal Reserve announced an emergency interest rate cut by a half percent.

A statement from the central bank says the coronavirus poses evolving risks to the economic activity of the U.S. However, market analyst Todd “Bubba” Horwitz of Bubba Trading thinks the coronavirus is being overplayed and it will be solved. He said the markets have been preparing to move lower.

“The markets don’t care—the markets figure it out and they’ve rallied,” said Horwitz. “Markets only care about one thing—money. The markets were ready to sell off anyways. They were looking for an excuse.”

Horwitz says this excuse means there’s a bigger issue on the horizon.

“The markets are already going down, and they need a reason,” said Horwitz. “We’re in the early stage of a recession—you can already tell that by the Fed panicking and puking out. By the mere fact that the Fed cut rates is a sign there’s trouble brewing ahead.”

This interest rate cut marks the biggest slash to interest rates since the last recession in 2008. The new benchmark rate is a range of 1% to 1.25%. Horwitz says this move by the Fed is a panic move that is unhealthy. He also thinks a correction is on the horizon, as well as a bear market.

The ag markets could benefit from this move.

“Money is going to be looking for a place to go soon, and the logical spot where it’s always gone is to the grain markets.”