The official count of Indiana dairy farms impacted by Dean Foods terminating milk contracts at the end of May is 27. Indiana State Department of Agriculture Director Bruce Kettler says he and his staff have been hearing unsubstantiated rumors about what type of assistance they might provide. 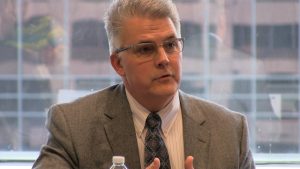 “There are rumors that the state is going to be doing something (like) buying milk or doing something of that nature. I even picked up one rumor that maybe even buying cattle to take care of the situation.”

Kettler says that while those options are not viable, he and his staff are doing what they can do to help those affected.

“What we can do as a department at ISDA is go back to people that have expressed interest in either expanding, growing, or maybe even coming to the state of Indiana as part of our dairy strategy to process milk, make cheese, yogurt, whatever it might be.” 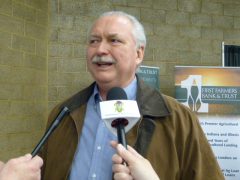 Indiana Farm Bureau President Randy Kron says they’re concerned any time a market is lost. He says the delays in getting a Farm Bill completed are only worsening the situation.

Kettler and Kron both said they feel for the farmers impacted and that, frankly, there is more supply than demand right now in the market. Kron says the best way you can help is by drinking an extra glass, or two, of milk each day.