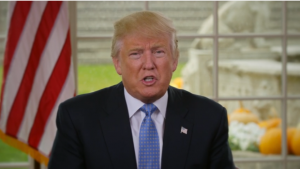 The U.S. will not sign the Trans-Pacific Partnership. The Trump administration has made it clear it wants to take a different direction when it comes to trade deals.  President-elect Trump, who made his displeasure with the TPP and the North American Free Trade Agreement a key talking point in his campaign, said in a video statement November 21 that upon taking office he will issue a notification of intent to withdraw from the Trans Pacific Partnership. Calling the deal a “potential disaster for our country,” Trump said U.S. will instead negotiate “fair, bilateral trade deals that bring jobs and industry back on to American shores.” While this approach does not rule out trade agreements that foster farm exports, it simply means those trade agreements will be with one country at time and encompass benefits for a variety of sectors.

In the video, Trump described other ambitions for his first 100 days in office. On immigration, Trump said he will direct the Department of Labor to investigate all abuses of visa programs that “undercut the American worker.” Trump repeated his plan to cut regulations, mandating that for every one new one that is issued, two old regulations must be eliminated.

Meanwhile TPP continues to be accepted by other nations. At least six countries included in the Trans-Pacific Partnership aim to complete the trade deal with or without the United States. Mexico, Japan, Australia, Malaysia, New Zealand, and Singapore are all pledging to move forward with TPP if the United States does not. The six nations are among 12 signatories of the trade deal, which currently cannot take effect without being ratified by the United States. Mexico’s Economy Minister recently said, “We determined that our countries will press ahead with this agreement independently of what Washington decides.” The trade deal could be implemented without the U.S. if it meets strict GDP requirements.