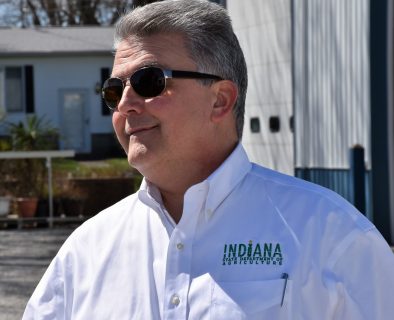 Kettler Elected to Board of Directors for NASDA; Urges Passage of USMCA

Indiana State Department of Agriculture Director Bruce Kettler spent much of last week in Albuquerque, New Mexico meeting with his counterparts from across the country at the annual National Association of State Departments of Agriculture (NASDA) meeting. At the meeting, Kettler was elected to serve on the board of directors as an At-Large candidate.

Kettler says he’s excited to represent Indiana on the NASDA board.

“They’ve become much more engaged in Washington the last several years as a representative for the various state departments of agriculture across the country…from an Indiana perspective, why should we be involved? We’re so diverse in our agriculture…we obviously have a strong livestock component, certainly a strong crop component in a lot of ways, and so by being involved in NASDA, that allows us to also learn from my counterparts across the country and some of the issues and concerns that they’re dealing with.”

Trade was a hot topic at the meeting as the group continues to urge Congress to ratify USMCA. Kettler says all of us in the industry know getting USMCA done is important.

“We’ve got an agreement, at least in principle, with Japan. I think that’s going to get done. We all know the importance of that. If we can get USMCA across the finish line, between those two pieces it gives our industry a lot of stability in the markets. Not only for crops, certainly for livestock as well.”

China, though, is a different story.

“It’s my belief, in talking with people in Washington, D.C., talking to my counterparts in NASDA last week, we all understand China is very complicated and it’s not going to happen overnight. So, I believe if we get USMCA passed, get an agreement with Japan, we provide some significant stability in agriculture that we need, and then we’ll be able to get the China piece eventually figured out.”

In addition to serving on the NASDA Board of Directors, Kettler will also continue to serve as the Chair of the Plant Agriculture & Pesticide Regulation Committee that focuses on, obviously, pesticides, but also biotech regulations.