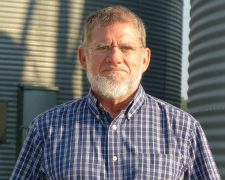 Levi Huffman isn’t the only Indiana farmer who will be traveling once the long harvest concludes this year. But as the Vice Chairman of the World Initiative for Soy in Human Health, much of his travel will be on behalf of U.S. soybean farmers and the estimated one in nine people in the world with insufficient food for an active and healthy life, the majority of whom live in developing countries.

Huffman, who farms near Lafayette, is in his 6th and final year on the WISHH board.

“Our mission basically is long term market development in emerging markets, countries where incomes are low but we see there’s an opportunity where they’re going to be growing in the future.”

WISHH is a program of the American Soybean Association doing work in Latin and Central America, Asia, and African countries like Ghana.

“It’s an emerging market,” Huffman said. “The people over there are needing more nourishment and there are people who have money who have snack companies and are adding soy flour to these snacks. We can give them technical advice. We can bring in someone from a university to help them, and then that moves some soybeans.” 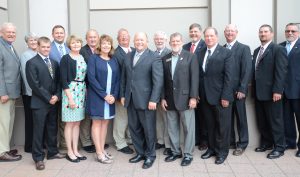 WISHH is poised to help when these emerging markets see rising incomes and the resulting demand for more diversified protein sources.

Huffman says most of the support for the WISHH mission comes from Qualified State Soybean Boards (QSSBs or checkoff boards) and they’re able to leverage those dollars with USDA incentives.