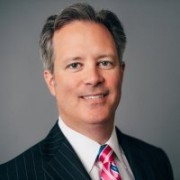 “The problem with eliminating that deduction is that the proceeds from agricultural products that are marketed through coops are deducted in many cases both by the coops and the farmers themselves. So, eliminating that could have resulted in a higher tax bill for farmers.”

Section 199 is gone but Galen says there is a new deduction that will take its place.

“One of the things that we did here in the last month is to negotiate with members of the House and Senate and point out in a year when agricultural commodity prices are going to be down across the board, we don’t need to see this tax measure actually resulting in a higher tax bill,” Galen explained. “So, what happened in the final version of the legislation, although the DPAD is eliminated, there is a new 20 percent deduction on gross income payments for farmers and cooperatives, and so this is going to be a favorable treatment of the gross income of farmers that should help minimize any potential changes because of the elimination of Section 199.”

Congress passed a short-term budget extension, the third since October, to keep the government funded. The House also passed an $80 billion disaster aid bill that includes changes to the dairy title of the Farm Bill. The Senate decided not to consider the bill until January. If the Senate approves the disaster bill, Galen says that will pave the way for making further improvements in the next farm bill.

Purdue Crop Chat Episode 17, Is the Soil Fit to Plant?