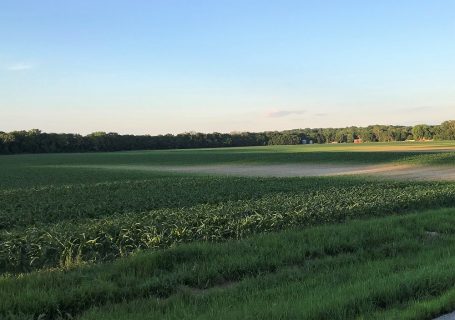 Frustration continues this week after USDA issued its June Acreage report on Friday. USDA estimated that U.S. farmers planted 80 million acres of soybeans, down 10 percent from last year and corn planted area came in at 91.7 million acres, three percent higher than last year. Obviously, no one in the ag industry believes those numbers to be true, even USDA said they’ll be conducting a resurvey of 14 states across the Corn Belt, but these numbers are what the trade has to work with.

“I think it’s confusing to the market largely because they’re not looking at it in the context in which it was taken. I don’t necessarily have a problem with the methodology that the USDA NASS used in developing that report, but the timing of that report…let me say this, the parameters of that report in early June are much different than what they are today.”

Suderman says he believes the report probably accurately reflected farmer sentiment in early June, but weather derailed those plans, leading Suderman to believe the report should have never been published.

“By nature, it became an intentions report. So, if we understand that in early June that’s what farmer intentions were, it suddenly makes a lot more sense. But farmer intentions are different today because the weather changed those intentions. Whether the farmers wanted them changed or not, the weather had the last say, and so for those who do not understand that, and particularly those not understanding agriculture in general, they assumed USDA’s numbers at just face value is what reality is today, and therefore it totally changed the dynamics of the market due to that confusing nature of it.”

The trade will have to live with these numbers for a while. The results from the resurveyed states will not be available until the August 12 Crop Production report.