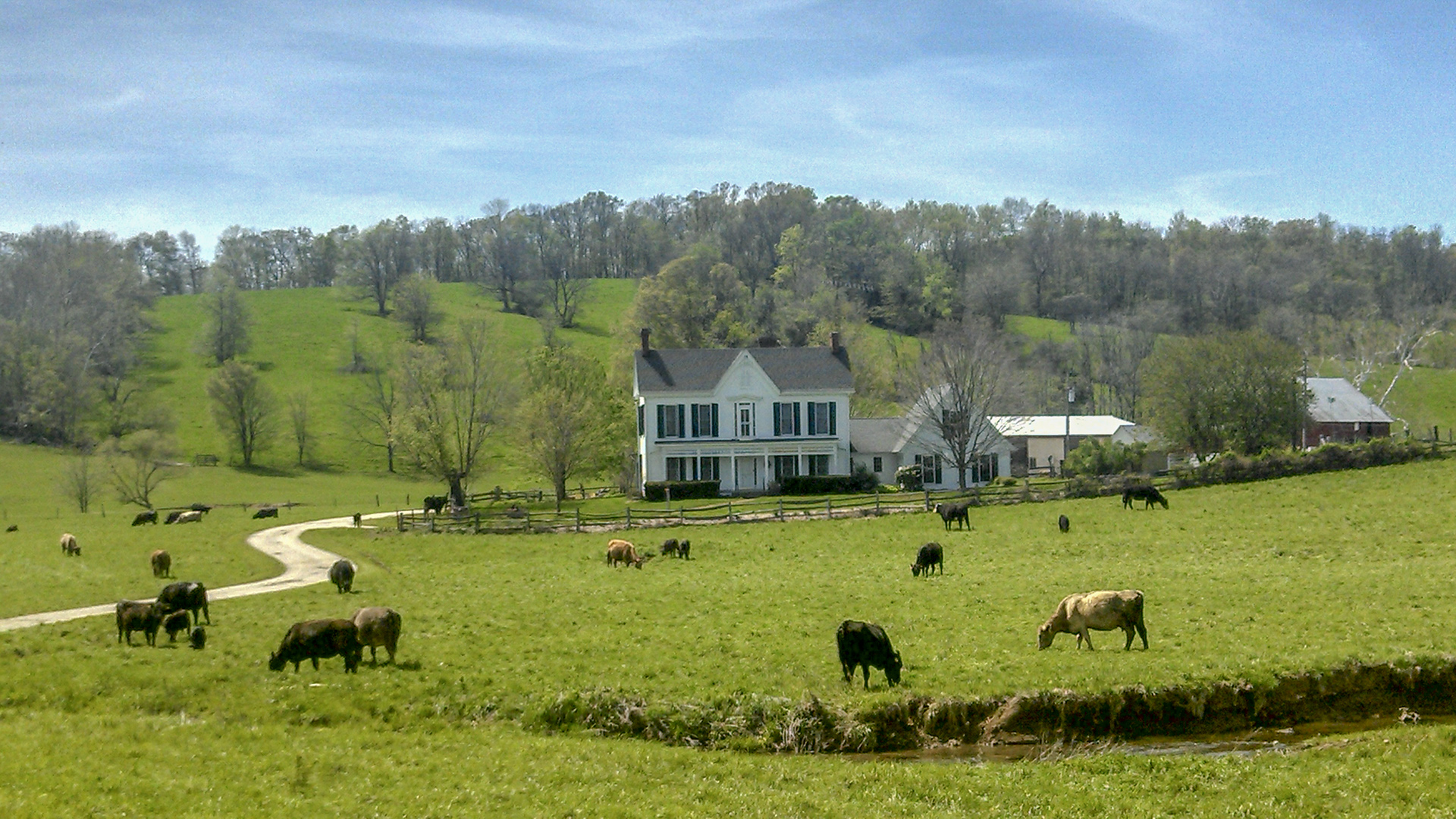 Stan and Ann Armstrong will receive the 2018 John Arnold Award for Rural Preservation from Indiana Landmarks and Indiana Farm Bureau at the Indiana State Fair today.

The Armstrong family has been farming in southern Indiana since 1817. Stan and Ann Armstrong operate the Spring Creek Cattle Co. LLC on Lawrence County land that has been in the family since 1855, adding fields, timber stands and rolling hills that bring their holdings to 1,140 acres.

The Armstrongs have maintained the 1873 family home, which also serves as the headquarters for their Spring Creek Cattle and Pleiades Cattle companies. “While we’ve made changes throughout the years to accommodate family needs, we maintained the integrity of the farmhouse, making sure the siding, windows, and shutters on the additions match the original house,” says Stan Armstrong.

The family raises Angus and Angus Simmental cross cattle and alfalfa hay. They rotate corn, soybeans, timothy and teff grass through the fields to help maintain good soil content. The cattle summer graze on legume/grass-mixed pastures and, in the winter, eat baled hay.

They use a large historic barn for hay storage, birthing calves, holding area for weaned calves, and machinery storage. The barn also has an original Fairbank Scale purchased and used by their ancestors in their cattle operations in the 1880s. Stan researched and repaired the scale which remains in use today.

They adapted the original granary as a warming room for newborn calves. The old corn crib is still pressed into service to store cattle feed. A converted historic springhouse provides space for bee-keeping equipment.

The family also maintains historic barns and other outbuildings on the acreage they have added to the farm over the decades. Throughout the farm, they follow conservation-oriented practices, employing wells as watering sources to avoid polluting streams and ponds, conducting regular soil tests, and using no-till practices to minimize cropland erosion.

The Armstrongs’ three daughters—Alex, Sarah, and Jennifer—are active in the family business. They lend a hand when needed in the cattle and farming operations, help maintain cattle and crop records, and regularly meet with Stan to discuss farm operations and bring new ideas to consider. For example, the daughters added growing hops for home and craft breweries to the farm’s crop mix.

“We have tried to instill a sense of pride and respect in the heritage of this farm to our children and grandchildren. We hope they will want to continue this legacy,” adds Ann Armstrong.

“Stan and Ann Armstrong take great care of their farm’s historic buildings, with some still used for their original purposes and others adapted to serve new roles. They inherited an appreciation for the family’s long agricultural heritage, and they’ve passed that appreciation on to their daughters and even their small grandchildren,” said Tommy Kleckner, Indiana Landmarks’ western office director. Kleckner, who grew up on a farm in Iowa, manages the annual selection process to choose the winner of the Arnold Award for Rural Preservation.

The annual award is named in memory of John Arnold (1955-1991), a Rush County farmer committed to preserving Indiana’s rural heritage. Indiana Landmarks’ Tommy Kleckner and Indiana Farm Bureau President Randy Kron will present the Armstrong’s with the award. They will be joined by Lt. Governor Suzanne Crouch and Bruce Kettler, director of the Indiana State Department of Agriculture, and a member of the Arnold family.