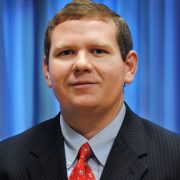 Farm and livestock groups will continue to fight for an exemption from emergency reporting of manure emissions, after the EPA lost a federal court decision to environmental groups that sued over the exemption.

The U.S. Court of Appeals for the DC Circuit denied a request by pork, poultry and other livestock and farm groups to rehear its rejection of an EPA exemption from 2008 U.S. manure emission reporting regulations. American Farm Bureau’s Andrew Walmsley argues that hazardous substance reporting is unnecessary for manure.

Walmsley and other ag leaders expect EPA to ask the court to stay its decision and give the agency more time to figure out a way forward. Without a stay, AFB, National Pork Producers, poultry and cattle groups fear more lawsuits by environmentalists.

“There’s opportunities for mischief and that’s we call the conflict entrepreneur seeing it as another opportunity to misuse a law for outside of its intentions to go after hardworking farmers and ranchers.”

Walmsley adds, there’s no way scientifically, to measure manure emissions, creating a reporting ‘headache’ for producers, while possibly overwhelming emergency call centers. AFB, NPPC and other groups hope EPA can come up with a regulatory way out of the manure reporting mess.