Making the case for increased taxes for road bill 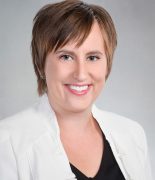 Wednesday snowfall may have temporarily hidden some Indiana potholes, but the debate on how to fund a long-term solution for repairs and improvements to Indiana roads and bridges continues at the statehouse. A recent study rates forty percent of Indiana county roads in poor condition, hampering farmers’ ability to move their own equipment and get products to market.

Agribusiness attorney Amy Cornell says farmers and rural businesses should get involved in the funding debate.

“Get in touch with your state senator and your state representative,” she said. “Let them know about the impact that the crumbling infrastructure is having on your business. Make sure that they understand the need for local road funding. There was a package last year that provided some local governments some relief, but that is not a long term, sustainable solution. We know that more is needed, and so this is the time to help those legislators understand how the crumbling county roads affect your business and the infrastructure you need to get your products to market.” 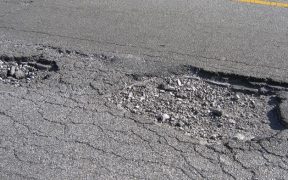 The House Republican bill for infrastructure funding would increase the Indiana gasoline tax by ten cents and increase the special fuel and motor carrier surcharge taxes, generating around $1.2 billion each year for the next 20 years. Some argue these are long overdue increases.

Cornell tells HAT some of the debate about increasing the gas tax is within the Republican party. Also, Democrats presented a plan this week they claim does not raise taxes, but House Speaker Brian Bosma calls the plan, in part, a tax increase on Hoosier employers.

“I think that’s why we have been encouraging our clients that currently have policy that support an increase in the gas tax, that this is the time to be reaching out to their legislators and let them know that there is constituent support for those increases.”

Cornell is with Bose McKinney & Evans and is a member of the Bose Public Affairs government relations team.