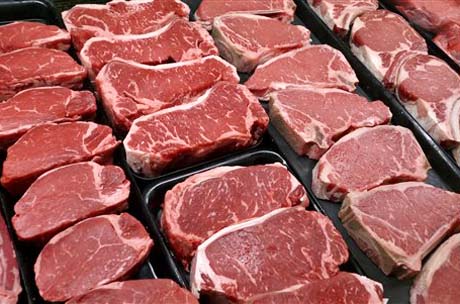 In USDA’s December World Agricultural Supply and Demand Estimates (WASDE), average cattle prices are forecast to be around $108, which is where they’re currently trading. On the flip side, USDA is projecting pork prices to average $45, and current prices are roughly $20 above that.

According to Karl Setzer of AgriVisor, livestock markets are being driven more from demand than production.

“We know we’ve got ample production of beef and pork in the United States, but we got to look at the other side of it,” he said.

According to a report out this week from the Commerce Department, restaurant and bar spending in November is down 17.2 percent compared to 2019.

“We had a bit of a reprieve, and then more lockdowns took place in November,” he said. “November alone we were down 4.2 percent from October. People are getting takeout, but that’s not the same as eating in a restaurant.”

In that same report, grocery stores are claiming sales of products are up 10.5 percent as more people are eating from home. Setzer said the trade is starting to look at what’s going to happen throughout the remainder of the year in terms of beef and pork demand, particularly when it comes exports.

“One bright spot for our demand is export sales,” said Setzer. “We had 40,000 pounds of pork sold for 2021, and about two-thirds of that was to China. China’s been buying a lot of pork. They have their Lunar New Year coming up in another few weeks, and they want to make sure they have plenty of beef and pork on hand for that. That demand could end up taking some of the pressure off U.S. domestic usage.”

Setzer also discusses soybeans reaching $12 in his commentary in the audio player above.