Lugar the Food and Agriculture Policy Leader of a Generation 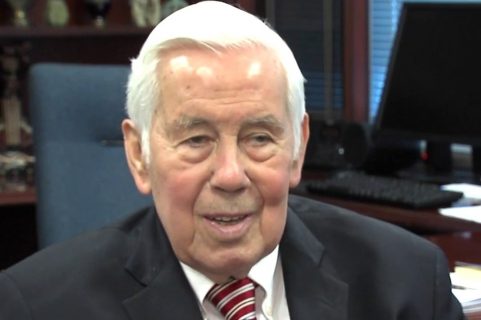 Former Senator Richard Lugar passed away Sunday at a hospital in Virginia. Chuck Conner, former Acting USDA Secretary and now the President and CEO of the National Council of Farmer Cooperatives, told Hoosier Ag Today that Senator Lugar is responsible for his life in public policy.

“He literally plucked me off the farm in Indiana and asked me to come work with him on the Senate Agriculture Committee. He promised me that if I gave him 2 years that I would be free to go back to Indiana and pursue other things, but I ended up working for him for 17 years.”

Conner said he admired Lugar for his brilliance and his willingness to learn about issues.

“He was also a very, very gentle man and a man that appreciated conversation and bipartisanship. He had strong views and he stood for those views well, but at the same time he did not regard people on the other side as the enemy. He wanted to listen to them, he wanted to hear them, and that taught me a lot as a young man and that type of approach has carried through with me for the remainder of my career and I know for so many others.”

Since his passing, tributes and stories of Lugar have circulated touting him as an expert in foreign policy. In addition to being a leader in nuclear disarmament, Conner said that, for a generation, Lugar was the leader of food and agriculture policy in this country.

“He had a tremendous impact on farm bills. I think we owe much of our current farm policy (to him) which enables farmers to plant and grow basically whatever they want in America today. That was not the case until the days when Dick Lugar served on the agriculture committee.” 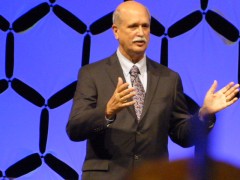 Don Villwock, former Indiana Farm Bureau President, worked for Lugar as his Ag Liaison for over 5 years. He told Hoosier Ag Today, “I was fortunate enough to work for Senator Lugar as his Ag Liaison. Plus, he nominated me to President George HW Bush to be the State ASCS (FSA) Director. He was a great mentor and often shared the ‘Whys’ about the decisions and policy positions he took. For me, it was a Masters Degree in Farm Policy learned at the feet of champion. Many are remembering Lugar for his foreign policy expertise, but rural America should not forget he was a two time chairman of the Senate Ag Committee. I think at almost every gathering that I was with him, he always mentioned his 600+ acre grain and timber farm in Marion County. He considered himself to be a farmer. I was on that farm with him and Secretary of Ag John Block when they kicked off the CRP program. He truly cared about American Agriculture and especially his Indiana farmers. It was my honor to know him and work for him.”

Lugar was the founder of The Lugar Center, an organization that focuses on, among other things, global food security and bipartisan governance. He was also a co-chair of the group Farmers for Free Trade promoting free and fair trade deals for agriculture. He was 87 years old.