Manufacturers Still Optimistic About the Future for Dicamba

Across the board, the makers of Dicamba admit there have been problems. Ryan Rubischko, Dicamba lead for Monsanto, says they will be addressing those issues in 2018, “Our application requirements and the things we have on our label, lead to success. But we also recognize where we have other areas where we have opportunities to continue to train.” 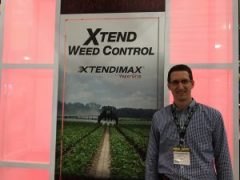 Rubischko told HAT that it has been proven the technology works and that, if growers follow label directions, drift will be minimized, “When folks are following the label and doing things appropriately, they are having success.” He anticipates that more growers will give Dicamba a try in 2018, “A lot of the farmers I talk to are really excited about 2018 and using the control that Xtendimax can provide.” He added Monsanto is anticipating a large number of farmers will adopt the
New technology to control resistant weeds in 2018. 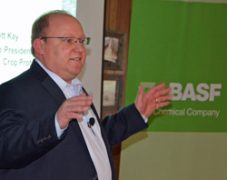 Scott Kay, VP of U.S. Crop for BASF, says his company will be working closely with farmers in 2018 to make sure Dicamba is used correctly, “We want to better train and educate farmers in the 2018 growing season.” He said manufacturers have learned a lot about application of the new technology and want to work with producers to manage it safely and effectively in the future. What remains to be seen is if state and federal regulators will allow that to happen or will impose new restrictions on the product.

The state of Arkansas is one step away from establishing a seasonal dicamba ban. The Arkansas State Plant Board advanced a proposal last week saying the use of dicamba should be prohibited from April 16 – October 31, 2018. The move comes after farmers complained that soybeans and other crops were damaged when the herbicide drifted away from where it was sprayed this summer. However, another group of farmers petitioned the state against the ban.