This week is Farm Safety and Health Week. Purdue Ag and Biological Engineering Professor and field safety specialist Bill Field recently spoke at the North American Manure Expo at Fair Oaks about safety measures for your manure pit. Field says he has about 360 documented cases where people have been injured or killed handling, transporting, and storing manure, most of which revolve around handling equipment. 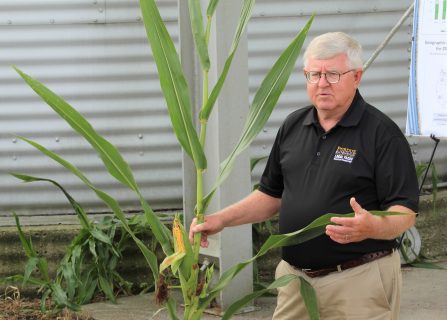 “For example, the most recent case, a 19-year-old was killed operating a skid-steer loader pushing manure into a lagoon, and he went right into the lagoon, and drown in the lagoon. So, we often don’t give thought to that. We think mostly manure pit cases involve toxic gases- hydrogen sulfide, methane, carbon dioxide, but it’s often those other things that we overlook such as transporting manure on a highway or the power takeoff shaft that runs a manure pump, or agitator. These are things that are causing actually more injuries and fatalities than actual exposure to toxic gases.”

One question that Field gets frequently: is it safe to go into the manure pit?

Webinars on farm safety and other resources for farmer health can be found at the AgriSafe Network site.