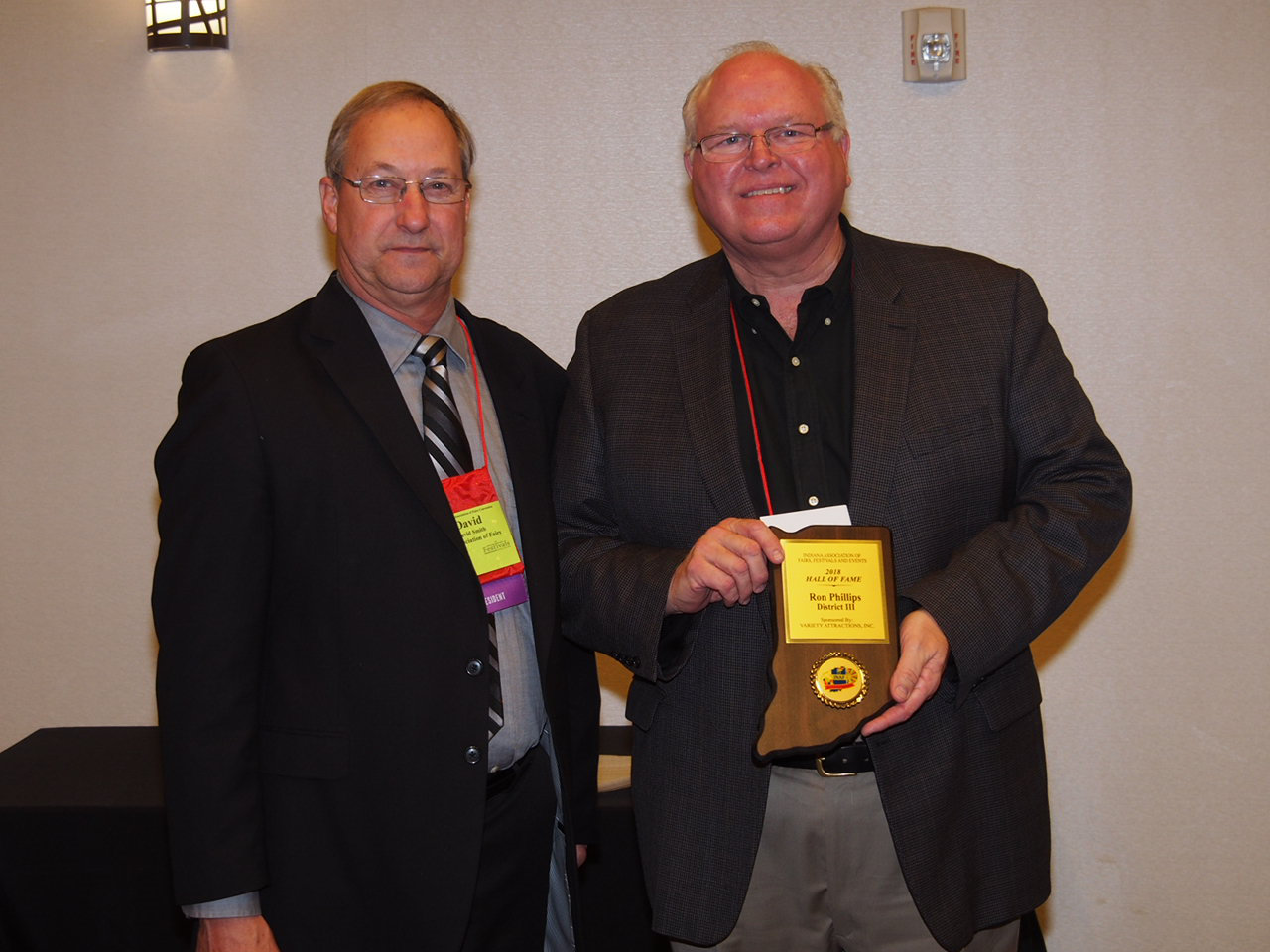 Long-time Marion County 4-H & Agricultural Fair board member Ron Phillips has been inducted into the Indiana Association of Fairs & Festivals Hall of Fame.

The announcement was made by David Smith, the association’s president, during its recent convention at the Marriott East.

Phillips was recognized for his many years of service to the Marion County Fair, including multiple years as president of its board of directors. The far eastside resident’s community involvement also was acknowledged in the award presentation including his role in founding Dads of Warren Central, a volunteer organization that provides male role models for students at Warren Central High School and Walker Career Center. Phillips was the 2014 recipient of the Lasting Impact Award presented by the Metropolitan School District of Warren Township. The retired Western & Southern Life Insurance agent has dedicated years of service to Old Bethel United Methodist Church and other civic and community groups, and also has received the Mayor’s Volunteer Partnership Award.

The Indiana Association of Fairs & Festivals, headquartered in Brownsburg, Indiana, represents myriad events throughout the Hoosier state as well as companies and organizations that provide a wide variety of services and products to those events.