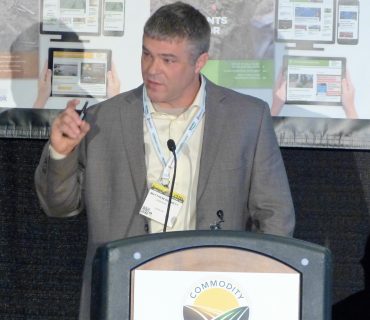 Corn and soybean farmers throughout 2020 were braced for a very difficult year on the pricing of their crops, but the outlook has changed dramatically. Rallies in both markets can’t totally eliminate the stress farmers face, but Matt Bennett, Channel Grain Marketing consultant says it certainly is better right now.

“It’s always going to be stressful, but the nice thing is when you talk to growers and you’ve gotten a $3 rally in the bean market and a dollar plus rally in the corn market, they tend to be in a little bit better mood than what they were previously,” Bennett said.

There was a handful of years in a row where profit margins were challenging at the very least, then the events of 2020 began to unfold, complete with prospects mid-summer of huge crops.

“You see what happened with the whole Covid situation and it pretty much decimated the energy markets which spilled over into you grains, and we all felt like 2020 was going to be the worst year we’ve had in quite some time. Then in August you see the production estimates were actually kind of bearish with pretty big production estimates. Then the derecho comes through and then fast forward three months and you go from a 2.75 billion bushel carryout in August that was projected, to a 1.7 right now. Back in January the USDA was projecting around a billion bushel carryout this marketing year for soybeans and right now it’s 190 (million.) Obviously we rallied for pretty good reasons.”

Bennett’s advice now is that producers should focus on locking in profit and limiting risk.

“One question I keep getting is if I’m going to sell beans at $12, what am I going to do to protect myself,” he explained to HAT. “What are you trying to protect yourself from? You’re selling beans at $12! Sometimes we just complicate our own situation, and yes, there is a lot of angst, and people are worried about making the most of this situation. I totally get that, and that’s why a limited risk approach is the best way to go. You step in and you sell some of the physical commodity and you put yourself in a position where you can still participate if it goes on up, but if it turns around and goes lower you don’t get strangled.”

Hear more of his specifics here: