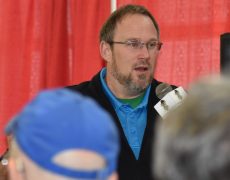 The new seasonal outlook from the Indiana State Climate Office based at Purdue University suggests a possible repeat of last winter in Indiana when a weak La Niña system fizzled early in the season and unusually mild conditions prevailed during the last half of January and February.

Our own HAT chief meteorologist Ryan Martin says his winter outlook now includes a colder than normal finish to the year, leading to a cold January.

“We’re going to see some pretty wild temperature swings though,” he said. “As I’m looking at some modeling going out into mid-January, we’ll see just some nasty cold dig down over the eastern United States. It’ll come out and be warmer for 2 or 3 days and then we’ll get waylaid again by another batch of cold air. The other thing I’m looking at this winter is a very active precipitation pattern, a very snowy winter overall, the bulk of it coming in February. I think February could be nasty across ag country in Indiana. This is probably going to be affecting livestock operations a little bit more.”

Even with the snow though, Martin says February temperatures look to be a little warmer than normal. 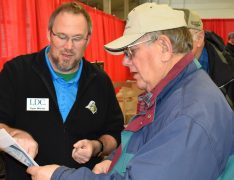 “That’s relative. What are February temperatures? Twenties. So, if you’re warmer than normal, upper twenties. Still not warm or mild by any stretch.”

Moving into the Indiana spring planting time period, Martin does not see at this time any patterns that would lead to large weather swings one way or the other.

“I don’t think that we’re looking at bad, wet conditions like we saw last year,” Martin said. “By the same token I don’t think we’re going completely dry where we can get everything in in two weeks in late March. To me, we’re looking at a near normal precipitation pattern, which is going to be about three to four inches of rain a month, March, April, May, and I think we’re going to see temperatures trending just slightly below normal, but not problematic.”

Martin’s prediction right now for a white Christmas? It’s not very likely in 2017.

Ethanol Output Back to Pre-COVID Levels