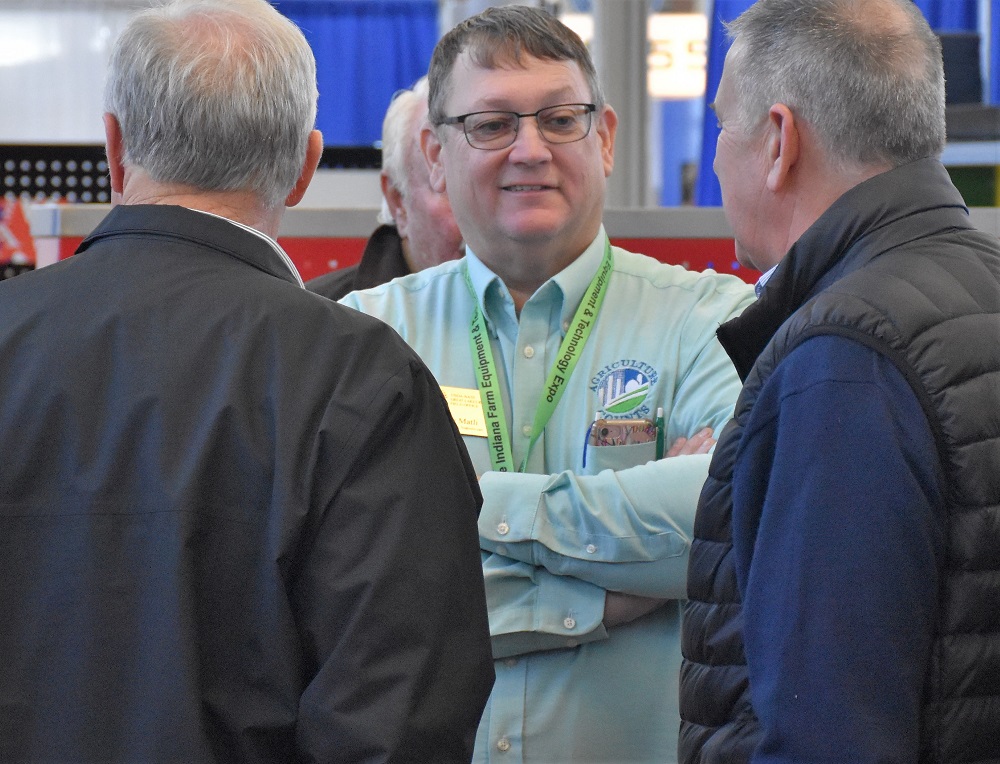 Greg Matli, Indiana State Statistician for USDA’s National Agricultural Statistics Service is calling it a career. His final day on the job is March 28, 2020, capping a long career looking at a lot of numbers.

“I started out as a field enumerator for NASS back in 1985, so it’s been 34 years from an enumerator collecting the data, out talking to farmers to going back and getting some statistical classes to become a statistician. It’s been a great 34 years,” he told HAT.

One hallmark of Matli’s years at NASS has been a willingness to get out from behind the desk and meet farmers and discuss issues and concerns with them.

“You know the farmers are a great group of guys and gals to talk to. We don’t try to hide anything on how we do anything, so as long as they’re willing to meet us at the table and talk with us, we’ll explain exactly how our processes work, and it’s really not our report. It’s their report. It’s their numbers to provide that equal and level footing on the playing field since they can’t compete with the large corporations that can gather data on their own.”

And being willing to meet with his constituency has meant facing some harsh words on occasion.

“There’s sometimes I walk into a room and I know it’s going to be a loaded room, like this past August,” he said. “I knew when I walked into a room then it was going to be some harsh words to USDA. I don’t take them personally, but just give us an opportunity to explain how we do it. Like I tell them, we go to the horse’s mouth, we go to the farmer to get the data.”

Retirement means moving back to Illinois to help Matli’s father on the farm, helping his brother with his catering business, and helping his daughter as she begins a goat dairy operation. No replacement Indiana state statistician has yet been identified. Matli says that could be set by late summer to early fall.

Matli took over as the state statistician when Greg Preston moved to USDA/NASS in Washington in 2013. Congratulations and good luck in retirement Greg!