The next time you go into a McDonald’s or whip around their drive thru, you may want to think about the pork in that McRib® sandwich, the eggs in the Egg McMuffin® and the milk in your Chocolate Shake.  That’s because the McDonald’s system buys a lot of these products from Indiana farms.

“We want to thank all the Indiana farmers, as well as our suppliers, for all the great work they do every single day,” says Randy Shields, who owns and operates five McDonald’s locations in Indianapolis and central Indiana.  He’s taking the opportunity this National Ag Day to thank the great farmers across Indiana.

Shields also says he understands the hard work that goes into the ag industry from having worked on his family’s farm in Wisconsin when he was a boy.

“I had the fortunate opportunity when I was growing up to go up there in the summers and instead of being a ‘city kid’, I learned more about how to milk a cow or feed the chickens, and that certainly didn’t hurt me any,” says Shields.

Shields also says, as a business owner himself, he understands the challenges involved in owning and operating a farm business.

“There’s a lot of risk in farming and yet, today’s Indiana’s farmer hangs in there and gets everything to market, and without them, McDonald’s wouldn’t be here.”

In 2020, the McDonald’s system purchased $15 million dollars in products from Indiana farmers including:

In addition, the McDonald’s system also buys millions of eggs, as well millions of pounds of flour from Indiana suppliers.

Shields says the next time you see an Indiana farmer, thank them for not only growing crops and livestock, but growing the economy and feeding America.

“It’s the hard work and dedication of Hoosiers in these farms everyday that brings great food to our tables and McDonald’s,” says Shields.

Click BELOW to hear C.J. Miller’s report on the impact Indiana farms have on the menu items sold at McDonald’s restaurants 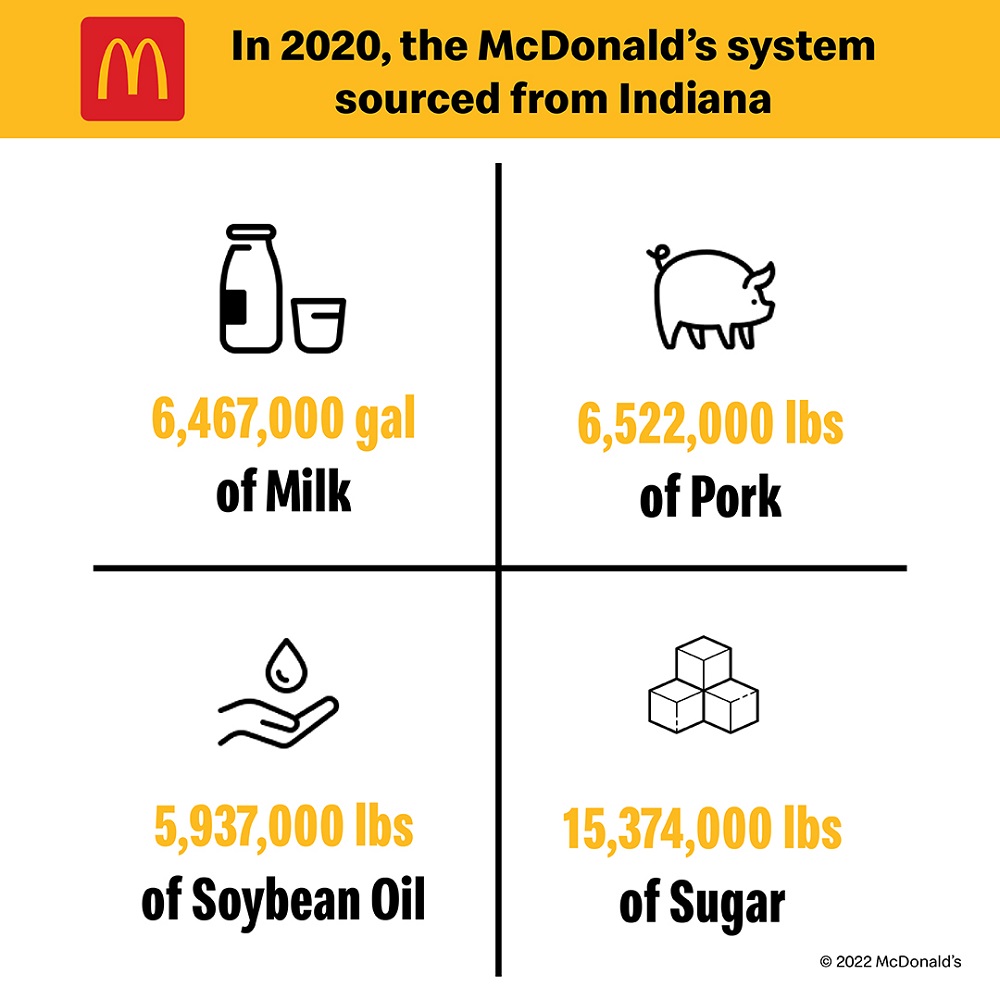 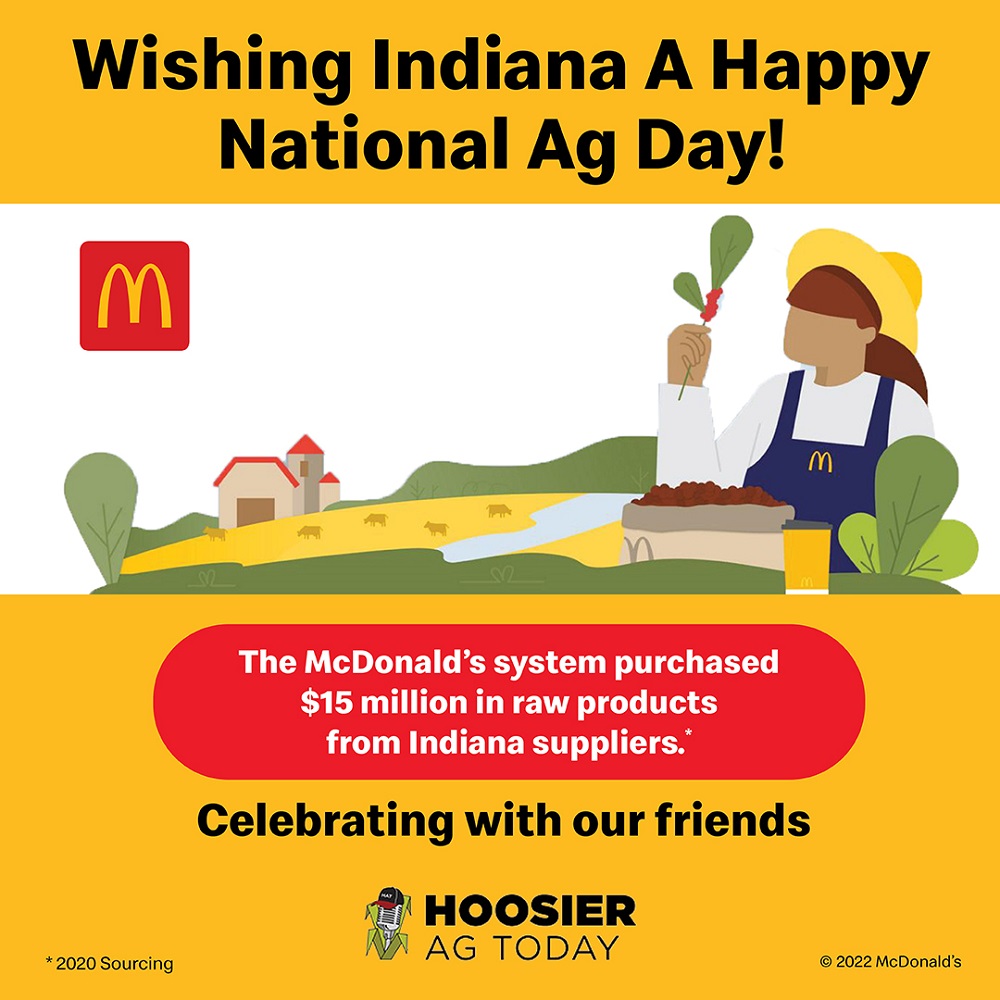