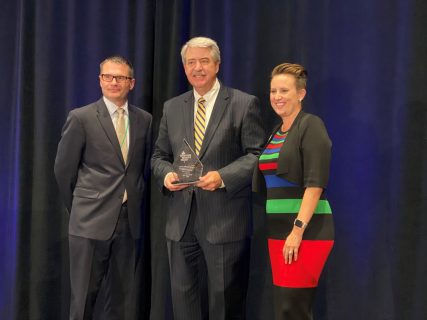 As for trade, the Biden administration has yet to announce who will fill McKinney’s previous position as Undersecretary for Trade and Foreign Agricultural Affairs and they’ve yet to designate a chief agricultural negotiator in the office of the United States Trade Representative. When I asked McKinney about this, he said it could be because trade is going pretty well right now, so they’re focusing on other priorities.

“You’ve seen the prices of some of our feed grains that are exported and shipped over. You’ve seen the price of, not all but some, of the animal protein categories. So, maybe there’s just a satisfaction that that’s okay. It’s in good shape. Let’s focus on other needs. But sooner than later, you know they will need to, and I hope they will, fill both of them because I think we proved that you can make not just a difference, but an enormous difference. So, I would say I’m very proud of where we left it and we’re seeing that in the markets, but you’re only as good as your last trip, your last visit, your last problem solved. The longer we go, those opportunities for nefarious behavior by trading partners is always going to crop up.”

As for his future plans, McKinney says, “Well, I don’t know. My wife and I have always been comfortable to leave that in the Divine Hand. There’s a couple things whispering in the wind I probably should stay quiet about that maybe in a month, two months, perhaps on a stretch three months, that will be revealed.”

He does say that Indiana will be, at some point, home again for the McKinneys. McKinney was in Indiana last week to receive a lifetime achievement award from the Agribusiness Council of Indiana.

You can hear my full interview with him below.