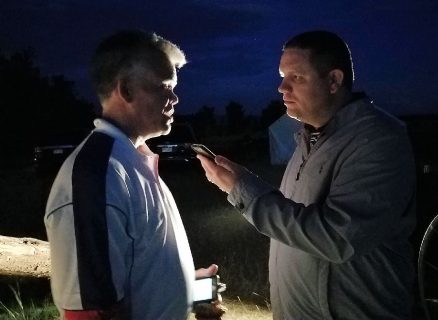 Just how important are Mexico and Canada to the U.S. meat export market? Significant is putting it mildly, which is why meat producers and related industries want the new U.S. Mexico Canada Trade agreement ratified by Congress. Joe Schuele Vice President, Communications at the U.S. Meat Export Federation quantifies what those markets mean.

“USMCA would secure long term, duty free access for U.S. beef, pork and lamb into Mexico and Canada,” he told HAT. “Those are two very critical markets. Mexico is our largest volume market for pork. It ranks about #3 for beef. Canada is also kind of an underrated market. We don’t talk a lot about red meat exports to Canada, but it’s always a top 5 market for both beef and pork and an important market for a lot of our members.”

USMCA is to replace NAFTA, an agreement that Schuele says secured excellent terms of trade in red meat. There are some improvements in the new agreement although he says the meat export industry doesn’t gain a lot.

“But more important than anything is we want the Administration to feel happy with their North America Free Trade Agreement, and if we can move from the old NAFTA to the new NAFTA seamlessly, that guarantees us duty-free access to two very critical markets. So, we’d definitely like to see that process completed this year.”

Another large market is Japan, the largest value market for both beef and pork.

“It was about a $2 billion market for beef last year, and with pork it has been as high as $2 billion but we were about $1.6 billion last year,” Schuele explained. “We’ve been losing market share on the pork side because our competitors have moved forward with free trade agreements with Japan. Our biggest competitors there on the pork side would be the European Union and Canada, also Chile and Mexico. All of those countries now have favorable terms of trade with Japan. On the beef side we compete with Australia as well as Canada and New Zealand.”

Schuele says the all-important negotiations with Japan are about keeping up with those competing countries. What they would really like to see result from a new Japan agreement is a level playing field that can bring the kind of explosive growth seen with beef exports to Korea in recent years.