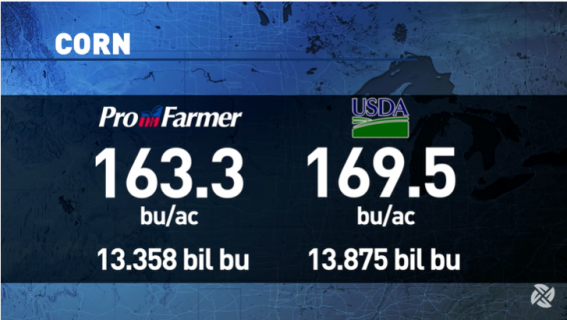 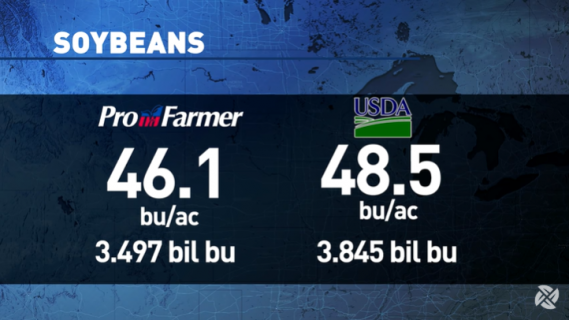 Pro Farmer editor Brian Grete says crop immaturity across the corn belt was a major factor in coming up with these projections.

“The biggest differences in maturity were in the far Eastern Corn Belt, Ohio, Indiana, parts of Illinois, South Dakota was an immature crop there as well. Iowa and Nebraska, they were a little bit more mature, but I wouldn’t say anything was more advanced than what it normally would be.”

Indiana’s estimated corn yield according to Pro Farmer is 161.46 bu/acre. USDA is projecting an Indiana corn yield of 166 bu/acre, down 23 bushels from a year ago.