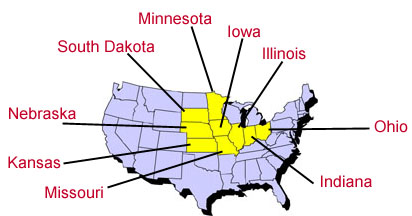 More than 250 people are expected to testify in front of the EPA during a hearing Thursday on the agencies Renewable Fuels Standard proposal. The agency is seeking comment until July 27th on its proposal announced last month that would cut corn based ethanol near 4 billion gallons in the mandate. The public hearing has drawn interest of agriculture across the Midwest, with buses of corn farmers expected to attend the hearing and an accompanying rally by the National Corn Growers Association. The hearing will host two separate panels taking testimony in Kansas City, Kansas. The NCGA rally will feature Midwest Governors Terry Branstad of Iowa and Governor Jay Nixon of Missouri and NCGA President Chip Bowling. The two Midwestern Governors are expected to give joint testimony in support of the RFS.