Those in attendance at the Ceres Solutions Knowledge Event in Perrysville Thursday morning were greeted with breaking news from the first speaker of the day. JD Rossouw is the North America Crop Breeding Lead at what was Monsanto, but as of yesterday morning is now officially Bayer. Rossouw shared his excitement about what this merger means for plant breeding. 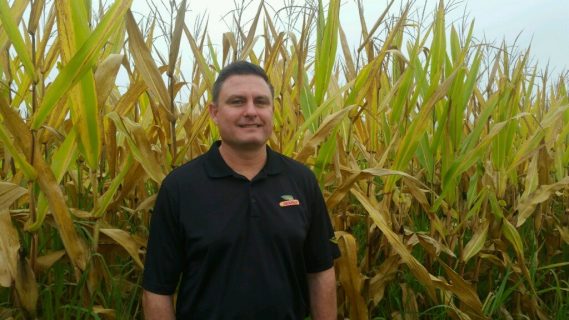 “I’m really excited about the different technology platforms that now will be owned by the one company. So, on the Monsanto side, we’ll be bringing our seed, plant breeding, trade business and technology and combining that with the chemistry platform that Bayer is very strong in. And I think the combination of those two technology platforms is going to allow us to think truly different about what our growers need.”

Though Bayer became the sole owner of Monsanto in early June, they had to continue to operate as separate companies until divestments to BASF were complete, which has now taken place. Ceres Solutions CEO Jeff Troike asked Rossouw if this merger could possibly mean a better chance that US chemistry could be accepted in the European Union.

“Yeah, I would say so but that would be speculation. I would hope that it will.  It is a European company and a German company. They do have a lot of influence. They have a very, very long history in agriculture and Pharmacia. So, I hope that will definitely help, and I think it’s important for US growers to think about the seed industry being more global than maybe what it was 10-20 years back.”

Monsanto was recently ordered to pay $289 million to school groundskeeper Dewayne Johnson after a California jury found Monsanto liable in the lawsuit alleging that glyphosate causes cancer. Bayer said in a release that they believe, “that the jury’s decision is at odds with the weight of scientific evidence, decades of real world experience and the conclusions of regulators around the world that all confirm glyphosate is safe and does not cause non-Hodgkin’s lymphoma.”

Bayer says they believe that, “courts ultimately will find that Monsanto and glyphosate were not responsible for Mr. Johnson’s illness.” Bayer is now able to actively join defense efforts in this trial and others, over 5,000 similar suits in the US.