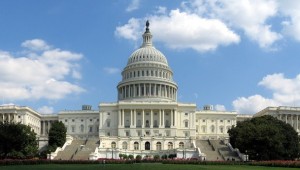 Congress is back after its long summer break and with just weeks to go before the end of the fiscal year it will attempt to avoid another government shutdown, something lawmakers don’t want before an election. But just under nine weeks before election day, American Farm Bureau’s RJ Karney says there is a split over how long into the new fiscal year to extend current funding, either into a lame-duck Congress or a newly-elected one.

“There’s no well-known answer yet on if it’s going to go into a lame duck session or if they’ll kick it into March of next year,” he said. “So that’s sort of a wait and see game. Congress typically likes to respond as close to deadlines as possible”

And with crop and dairy prices so low and producers looking for near-term help, Karney said another ‘kick the can down the road’ scenario is not good for agriculture.

“Unfortunately in some ways it’s going to be more of the same, meaning Congress is passing a continuing resolution, possibly an omnibus, which has become the new regular order in many regards for the past 6 or 7 fiscal years.”

He says there are consequences to delaying decisions on EQIP and other conservation programs, ag research and rural development, biotech outreach, policies dealing with Cuba, and reform of meat marketing rules.

“If that continues it causes a lot of uncertainty on what any new programs Congress might be able to allocate more money to, where some cuts may come in, and as farmers are trying to make decisions these are going to have impacts not only on farmers but also on rural communities throughout the United States.”

Mandatory crop programs like crop insurance, crop payments, and nutrition programs would not be affected by continuing current spending.