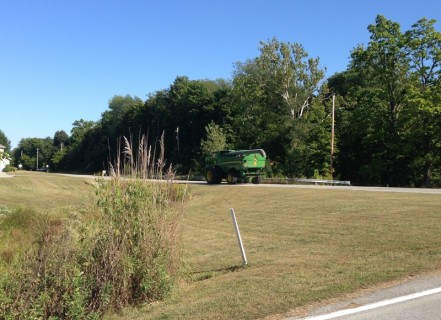 During the 2020 harvest safety campaign HAT has attempted to bring patience, preparedness, and controlled speeds to the consciousness of rural motorists. Purdue University farm safety specialist Bill Field says getting that message to motorists is critical, “but it’s not working. I do a little farming and in the last two days I’ve been on the highway hauling silage wagons, and when you’re passed buy someone who is doing 60-70 miles an hour, there’s no room for an error there. If I had made a left-hand turn or pulled over, even with flashing lights and everything, people are not seeing this slow-moving equipment as being anything other than an intrusion into their life.”

Those are words of frustration from a man who has provided a summary on over 1,100 farm fatalities during his career. It’s not the dirty looks from motorists he sees that causes the frustration. It’s the mentality they exhibit that he knows often will lead to a rear end collision, or even worse.

“You can’t be operating a car in a rural setting during harvest time when you’ve got wagons and equipment moving from field to field and expect to be doing well above the speed limit on this country roads, and then try to avoid them or to come up on them so quick that you don’t have time to brake,” Field told HAT. “All it does is it irritates everybody, so I think we all have to learn this is the time of the year we have to share the road and make sure that everybody’s given a little breathing space.”

Providing that breathing space is likely lacking all over the state. It certainly is an issue where Field travels.

“I had someone pass on the right, come over on the shoulder to go by me and off onto the side of the road because they saw me as an intrusion in their way home. I think this is the kind of behavior that is unkind, and it doesn’t recognize the role that farmers play. Often times we say that food travels slowly and that occurs on country roads as we move grain and other products to market.”

There were 21 documented on-farm deaths related to work last year and past research says about one in every nine Indiana farms has a farm-work-related injury incident that requires medical attention each year.

Field is an agriculture and biological engineering professor and extension safety specialist at Purdue.