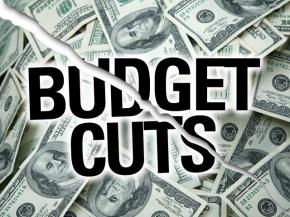 President Trump’s proposed fiscal 2019 Department of Agriculture budget has been released and some are saying his requests hit a brick wall, while lawmakers and lobbyists are saying it is likely dead on arrival. That was also the case last year.

Prior to the release American Farm Bureau budget adviser R.J. Karney explained, “The President’s budget is always impactful politically and in terms of guidance. It will be up to Congress to determine how they actually want to appropriate the money. What the President will be doing is sending out his principles and his guidelines as to how he would like to see a budget move forward.”

But after the release the budget’s controversial proposals came to light, like targeting crop insurance subsidies to producers that have an adjusted gross income of $500,000 or less and a 12-percent cap on underwriting gains for insurance providers.

The administration argues the budget still provides $8.7 billion for the Federal Crop Insurance Program, enough to provide coverage for more than $100 billion in crop value while saving an estimated 33-billion over ten-years.

The American Soybean Association made opposition to proposed cuts clear. Their statement warns Congress to avoid the cuts, which would do significant harm to the nation’s soybean farmers, saying “the proposed cuts in crop insurance and farm programs make this budget a non-starter.”

The National Corn Growers Association also weighed in by saying the time and place to debate farm bill programs is during the farm bill reauthorization, not the annual budget process. Congress is preparing now to reauthorize the farm bill this year. NCGA wants Congress to reject cuts that would be harmful for rural America, and the organization said

targeting the federal crop insurance program as the President’s proposal does, “is extremely shortsighted.”

The National Association of Conservation Districts also expressed concern “Once again, this administration is calling on American producers to do more with less,” NACD President Brent Van Dyke said. “The President’s budget proposes cuts to almost every area of USDA’s discretionary and mandatory budgets, including nearly $15 billion in cuts to farm bill conservation programs and over a 20 percent reduction to Conservation Operations.” NACD applauds Congress’ past efforts to support the conservation programs most vital to our nation’s natural resources and calls on Congress to oppose President Trump’s FY19 budget.

“As Chairmen of the Agriculture Committees, the task at hand is to produce a Farm Bill for the benefit of our farmers, ranchers, consumers and other stakeholders. This budget, as with every other president’s budget before, will not prevent us from doing that job. We are committed to maintaining a strong safety net for agricultural producers during these times of low prices and uncertain markets and continuing to improve our nation’s nutrition programs.”