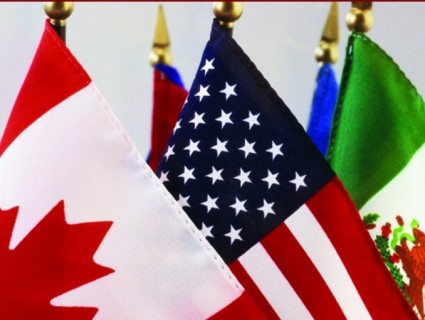 Efforts to modernize and improve trade through the North American Free Trade Agreement, along with discussions with China, are continuing and what U.S. agriculture wants continues to be certainty. Negotiators have been meeting this week in Washington, D.C., to discuss NAFTA, and American Farm Bureau Federation Senior Director of Congressional Relations Dave Salmonsen says negotiators must quickly conclude the talks regarding auto rules, before moving on to other issues, including dairy.

“As is usual with trade negotiations, once the hardest issues get done, some of these other issues can move on and get settled, but they’ve got to get to it, Salmonsen said. “So, they’re under some time pressure. Unless an agreement is basically concluded by the end of May, it’s hard to see how it will have the amount of time necessary to go through all the processes required so there can be a vote in Congress by the end of this year.”

“As a result of that, will we then not have the need for tariffs? Or, if the talks aren’t all that successful, maybe tariffs and potential retaliation by China against U.S. ag products, that may go ahead later this year. So, a lot riding on these discussions between the U.S. and China.”

Farmers and ranchers need market certainty from both efforts, according to Salmonsen.

“What we’re looking at is certainty. The whole discussion of tariffs, whether from NAFTA if that doesn’t turn out well and especially with China, the potential threat of retaliation. So, we want trade to be much more certain on a basis where we know we’ll have those markets open and farmers can count on that as an outlet for their crops.”