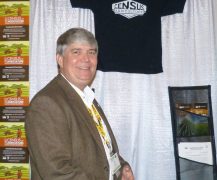 Indiana farmers, and farmers around the country, will soon be receiving a package from USDA’s ag statistics arm, NASS. From now until the end of the year the 2017 Census of Agriculture packets will make their way to farmer mailboxes. Joe Prusacki, the NASS National Operations Divisions Director, explains.

“Starting at the end of November through the holiday time frame, there’s going to be about 2.9 million pieces of mail, email, that sort of thing, coming to the farm community. Every five years we conduct the Census of Agriculture, years ending in 2 and 7,” he said, “so this is going to be a reference year of 2017. It’s coming, so when that questionnaire hits your doorstep, take a few minutes to fill it out. The due date is the first part of February.”

He tells HAT farmers have two options for returning their farm Census information.

“Every farmer, rancher that receives a form can fill it out by paper and send it back. Also, in the packet they receive there is a code to go online and fill out the Census, and it’s a brand new system we have. It’s much slicker than we ever had in the past and just a lot better system. We’ve tested it and we’ve had farm operators go in and test it. It’s a much better experience for the respondent now.” 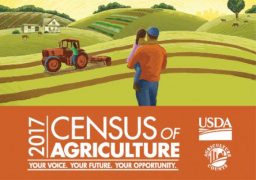 Prusacki says census data from every farm is a key to an accurate Census.

“I want to thank every farm operator that does take the time to fill out the questionnaire because they’re the source of the information and they can provide the best information about what’s going on at their place.”

Indiana state statistician Greg Matli adds, the answers they receive from the Census impact farm programs and rural services that support each local community, and “there’s strength in numbers that only the Census can reveal.”

Matli says it is the only source of uniform, comprehensive agricultural data for every county in the nation. “It’s a critical tool that gives farmers a voice to influence decisions that will shape the future of their community, industry, and operation.”

The Census highlights land use and ownership, operator characteristics, production practices, income, expenditures, and other topics. This information is used by all those who serve farmers and rural communities from federal, state and local governments to agribusinesses and trade associations. For example, legislators use the data when shaping farm policy and agribusinesses factor it into their planning efforts.

In 2012, Indiana farmers reported a total of 58,695 farms, spanning 14,720,396 acres. This showed a decrease of 2,243 Indiana farms from the previous Census in 2007. Indiana ranked 2nd among the states with cropland planted to a cover crop and ranked 5th among the states with renewable energy producing systems. This telling information and thousands of additional farm and ranch statistics are only available every five years, as a direct result of responses to the Census.

Producers who are new to farming or did not receive a Census in 2012 still have time to sign up to be counted in this critical effort at www.agcensus.usda.gov or call 1-888-4AG-STAT.