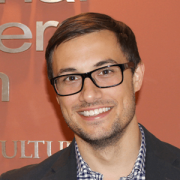 The Senate cleared the way for debate on a GMO labeling compromise this week, and the bill is poised for a final vote next week. The vote came after pressure by farm and food groups urging the Senate to move the bill as soon as possible. Senator Debbie Stabenow, a coauthor of the bill, says the legislation will have the votes needed to pass.

Zack Clark (pictured) with the National Farmers Union is optimistic the bill will move forward.

“I think the chances are pretty good,” he said. “There’s a lot of work still left to be done. there’s a lot of folks working pretty hard on this, both on the food side and the agriculture side, but this compromise seems to have struck a positive cord.”

Clark says the compromise may be the best deal possible.

“There have been some many different rounds of bills out there and both staffs have worked really hard to sort of get here. And with the Vermont timeline going into effect, this is it as we see it.”

Since it is July 1st the Vermont GMO labeling law has now officially taken effect, and companies in the state have been scrambling to figure out how to be in compliance for months. Jim Harrison, President of the Vermont Retailers and Grocers Association, says most businesses who need to be in compliance with the law within state borders aren’t ready to go.

“No. The short answer is no. There are a lot of industry members that are just getting educated, still getting educated about who’s responsible for what and what you have to do to comply with the labeling law. We held, as an example, a webinar this week and had 200 retailers on that webinar. We couldn’t even get through all the questions that came at the end of the webinar”

Companies from out of state that do business in Vermont are also struggling to come into compliance with the new state law.

Other industry members may have thought there would be federal law coming out of Washington D.C. that would supersede state law. Companies that aren’t now in compliance will reportedly be given some leniency from the Vermont Attorney General’s Office.