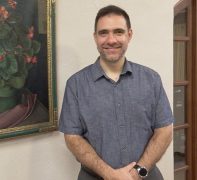 How is Indiana measuring against other states in total internet availability? Broadband access remains spotty in the state. Indiana is 34th nationally in internet connectivity and 18 percent of Hoosiers can’t get broadband, according to BroadbandNow, a consumer advocacy website. The national number for no access is almost 10 percent. Purdue Extension has a new report available suggesting the economic benefits of expanded broadband service could outweigh the development costs and generate up to $10 million in growth for some counties over the next 15 years.

Roberto Gallardo, Purdue Extension community and regional economics specialist and assistant director of the PCRD, said Hoosiers without high-speed internet are at risk of falling behind in the modern information economy.

Rural broadband is a priority item for Indiana Farm Bureau since half of the state’s rural population doesn’t have fixed access to broadband.

According to Gallardo, “If you do not have full access to the web, you are probably missing out on important educational and employment opportunities, as well as the ability to seek out information on health, finances and more,” Gallardo said. “Today, being without high-speed internet access is as great of a disadvantage as not being to read and write would have been 100 years ago.”

Gallardo said greater broadband access would make counties more attractive to commercial and residential developers and improve the quality of life for residents.

Results of the study are not intended to suggest a specific course of action, Gallardo said. However, they can promote dialogue among policymakers and the public, as well as raise awareness of the state’s “digital divide” – the gap between high-speed internet haves and have-nots, he said.

“In many ways, broadband is the electricity of the 21st century,” said Jason Henderson, director of Purdue Extension and associate dean of agriculture. “In the 1930s, rural electric cooperatives revolutionized the visibility and viability of America’s small towns. If today’s rural communities are to fully participate in a global economy, reliable and readily available broadband access is a necessary component to their success.

“Purdue Extension is committed to identifying gaps of digital delivery and use in Indiana and creating digital-ready communities – with the foresight to help them maintain adaptability as technology continues to advance.”

In 2015, the FCC voted to raise the minimum download speeds to qualify as broadband service from 4 megabits per second (Mbps) to 25 Mbps. The minimum upload speed was also increased, from 1 to 3 Mbps. The so-called “25/3” standard is now accepted nationally as the definition of broadband.

“Imagine trying to complete an online degree using a dial-up modem,” he said.

Gallardo and a team of Purdue researchers studied broadband access in all of Indiana’s 92 counties, using the 25/3 standard to define broadband access, and compared the results with other counties across the nation. The team gathered socioeconomic data to rank each Indiana county on a newly devised Digital Divide Index, or DDI.

The index assigns scores from 0 to 100, with 100 indicating the highest digital divide. It is composed of two scores, also ranging from 0 to 100 – the infrastructure/adoption (INFA) score and the socioeconomic (SE) score.

The complete rankings are available on the PCRD/Indiana Office of Community and Rural Affair’s Rural Indiana Stats page at https://pcrd.purdue.edu/ruralindianastats/. Scroll to the bottom of the left-hand column and click on Digital Divide Index under the heading Broadband Data. Data for the rest of the nation as well as Indiana is also available here.

The team found that on average, rural Indiana residents – including farmers – were more likely than city dwellers to lack broadband access. Building new infrastructure to support increased broadband service in those rural counties could be expensive, Gallardo cautioned.

“This means many farmers could be missing out on important advancements in digital agriculture simply because they do not have adequate internet service,” he said. “Traditionally, farmers are early adopters of new technologies. It’s not that they don’t want to compete, but without broadband they don’t have the tools to do so.”

Gallardo believes Purdue Extension has a key role to play in helping the state address its digital divide.

“There are three critical elements to maximizing broadband – access, affordability and know-how,” he said. “If you’re missing one, you’re at risk of being left behind. We can help develop the know-how – it’s what we’ve been doing for more than 100 years.”

Some have gone the route of satellite internet service. Speeds in that universe are increasing, and in June of this year a new satellite was launched by ViaSat that will bring faster service to the market early next year. 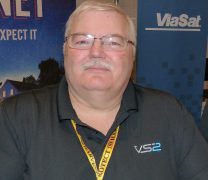 “Very shortly our new ViaSat 2 satellite will be turned on in the February time frame, and we’ll be talking about 100 Mbps service, up to 100 Mbps, virtually anywhere in the country, and that product will put the rural lifestyle community, the agribusiness community on par with virtually any cable service, anywhere in the country,” says Harry Thibedeau with ViaSat. The company was formerly Wild Blue and is now known as Exede. The name changes to ViaSat soon. He says the new offerings will enable farmers to operate their businesses anywhere they want just as those in urban settings can. Learn more about the service in the HAT interview:Harry-Thibedeau-on-ViaSat